And in the 2011 Expansion Draft the first pick... FUUUUFUUDSOAJFDLASDJFASDL

Share All sharing options for: And in the 2011 Expansion Draft the first pick... FUUUUFUUDSOAJFDLASDJFASDL 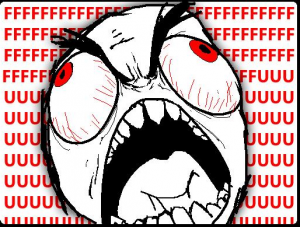 OK, let me start by saying that there was no single way that this would not have sucked. The one parallel universe where neither team touched any of the Sounders doesn't exist, mostly because Seattle had too many good options to cover up.

However, there are those saying that this could have been worse. I disagree.

There is one reason why Sanna Nyassi and Nathan Sturgis went so early. Potential.

Within 10 minutes of looking closely at Portland and Vancouver's picks, you can spot immediate differences. Where Portscum's picks just made you laugh (David Horst? Robbie Findley?), stop, scratch your head, and then laugh again (Bornstein? Seriously?), Vancouver's actually made me worried. Overnight, Vancouver now has solid's all across the line, while Portland have a group of players who I think will mold very well into the Portland-type of player that the team is known for (dirty, arguing with officials, all physical-no tactics, etc, Adam Moffat).

What sucks about this is that before this season, nay, even three or four months ago, Nyassi and Sturgis would not have been immediate picks.

Nyassi had that revelation of a streak that immediately put him on the radars of teams across the league, if not around the world. Now that we in Seattle know what he is capable of given the room and confidence, he will be dangerous when he develops. And trust me, he will blossom. In fact, it might sound eerily similar to the story of another Sounder, who we had taken on as one of our first, pledged the use him as a key building block in our success, instead to only give him a sniff or two at playing time but not enough to really show for it, and then lost him in the expansion draft. Besides the fact that Seba Le Toux and his 14 goals should have been in the running for MVP if Philly weren't so wretched, I'm expecting that the new opportunity and lack of other speed and firepower in Nyassi's spot in Vancouver will be a breath of fresh air.

Nathan Sturgis never really had that streak going for him, but he's probably shown equal if not greater promise over the course of the entire season instead of just one month. Sigi has always liked Sturgis, back to their time together in the U-20's, so they've always had a unique relationship and trust. Sturgis, who is only 23, has done everything right in terms of player development under Sigi. This season he has been versatile and technically excellent. He's flexible on the fly and (somehow) has poise in the midfield where it's rare among American midfielders. And I won't even mention that foot of his that became the designated free kick and penalty taker (rivaled Ljungberg's during training). I'd say next to Zakuani, Sturgis might get the team's most improved player award. The point is, Sturgis was on track to become three times the player Patrick Ianni or Brad Evans is now. Both of whom, we protected.

The thing is, with this expansion draft we protected our hopes for next season, which of course will be extremely demanding with Champions League again on top of another defense at the Lamar Hunt Trophy. However, by doing so, we've pinned our next 2 seasons on likes of Seamon, Fucito, Estrada, and Montano. Not that that's bad, I think we've got a great corps of youth, but I just don't think they will be ready to make the step up to the level that Sturgis and Nyassi had been preparing at this whole season.

This means we have to bring in someone in the off-season who can provide the spark where Nyassi was. It's either that, or Sigi finally stops telling us "we've got great depth on the roster" and puts his youth where his mouth is. Urm. Yeah.

Ultimately, we shouldn't be asking why or how Nyassi and Sturgis got taken, because it's obvious. More so, it's who the hell decided to protect the ones we did? And now that it's over and disappointed fans are expected to just sack up and deal with it, I am going to be expecting some answers and results from the likes of Brad Evans and Nate Jaqua.

Cold and snowy, I don't care. After Thanksgiving, those two better be training their turkeys off until we start again in March.