Can we be San Jose?

Share All sharing options for: Can we be San Jose?

WHO: Los Angeles Galaxy
WHAT: Second Leg Playoffs
WHEN: Sunday, 6PM ESPN
WHERE: Home Depot Service Center
HOW: At least a 2-0 win

They say it's harder for sports in America to have repeat dominance by a single team. Other than the occasional historical Boston dynasty, the salary cap and wage rules in America always provide variety in your winners.

You think it'd be true the way San Jose dumped out New York. It's wild to think that in MLS, anything can happen. It used to be that the logical reason was because no single team was stacked with stars or was significantly richer than others. But after Bobby Convey single-handedly destroyed NYRB in their own home, you can't say that anymore.

I took an unannounced break from blogging, as I've been working on a unique project (that uses soccer to save the world!), but while I was swamped with work, I still took time to watch the first leg on Tuesday. Let me just say, it's extremely hard to completely isolate yourself from the score, as I was trying to relive the game. Which is kind of my excuse from writing anything this past week.

Anyways, the game itself was not surprising. The level of play between the Sounders and LA was very close, very competitive. David Beckham being the presence that he is, made LA a very sharp side, but it was nice to see Seattle respond in equal terms of attack.

However, we all know that we wasted a good opportunity. Home on Halloween is close to the best fan support the team will get. Looking towards the Home Depot Center, the Sounders will be going into a place where most don't expect them to come out as winners.

But all the doubters need to do is listen to Sigi talk about San Jose.

"Obviously San Jose went into a place where nobody expected them to win. For sure New York, I think, had more of the game, more of the game territorially. Even though they got dominated in possession and all those stats favored New York, it's all about finishing goals. It certainly shows us that it's very, very possible."

Holding out on the "anything can happen" mentality could prove a spark to Seattle, where last week literally nothing happened. We had multiple match ignitors out on the field - Fredy, Nyassi, Zakuani, Nkufo, Jaqua, etc... - and the team looked dead creatively.

The one surprising result was how well old man Eddie Lewis effectively shut down Zakuani. The guy is almost 15 years older than Zak, but he played his position to the point. Positioning, the channels, Lewis read it all as if Zakuani was a children's picture book. With Nyassi not making much on the other flank, our attacking canoe had no paddles.

The one thing I would like to see is for someone to shake that up, in almost exactly the same way that Bobby Convey decided to look around, stand up, and say "Hey, if no one else will, I guess I will take this game."

The second half of this season has seen the Sounders playing their best as a team, as a unit. Taking out Freddie Ljungberg helped that, and adding team players like Blaise and Alvaro have also got everyone working like a well-oiled machine. Well that has to change.

If we want to win, we need somebody, one person willing to find the gap, seize control of the game, and win it. Because with two well-organized and well-prepared teams, it's going to take the unexpected for us to find the unexpected result: a desperately needed win. The team is filled with potential candidates for this job, but who do I think will be the one to step up? 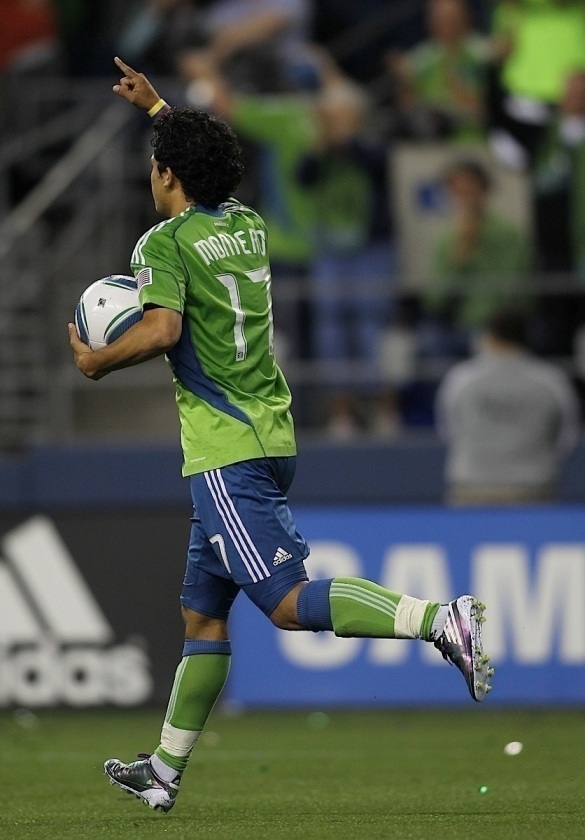