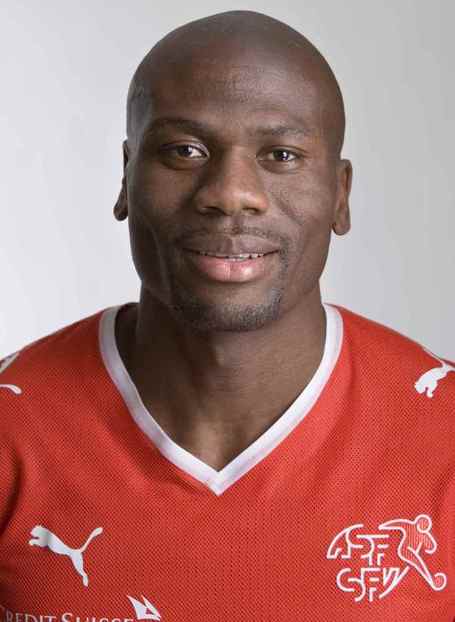 First, Blaise mentioned that one of the things he and Kasey talked about back in December was that the team went through a scoring drought. The Sounders know this, and as of today, they are addressing it. This summer in the secondary window they will add a player with over 200 goals in his long career. Yes, he will have tired legs, but he has the strength and fitness that should minimize the impact.

There are two impacts to this signing that I see.

First is roster math, and second is the depth chart.

Adrian noted that part of the advantage of having Blaise come to the team in July during the secondary window is that it will give the team plenty of time to figure out how to fit him onto the squad under whatever rules are needed. While it did come out that Nkufo is on an 18 Month plus 1 Year Option contract, it was not stated that he is/isn't a DP.

In fact it was stated that they will be creative in the financials on the deal bringing him on for the lowest cap number they can under whatever cap rules are agreed upon between the League and Union. It could be as a DP, or a just a contract with a lot of allocation. That's a fun little advantage to the Secondary Window and the lack of CBA. Find a player who wants to live and work here, and just "make it work"

The depth chart on the other hand gets complex, but also delayed.

Nothing actually shifts for quite a bit. There will be months of tweaking for Sigi and the coaching staff where they can figure out where the Freddyain play, how to use Estrada, Jaqua, Zakuani and Fucito. I actually don't expect the Arrow to change much. For me the starting lineup may shift to the below;

Yes, it bumps Jaqua to the bench alongside Estrada, Levesque and Fucito. That's a crowded amount of talent to have come August, but necessary if the Sounders make the Group Stage of the CONCACAF Champions League and get those extra six matches.

In fact if all four are on the team, and the Sounders are in the CCL, that would be a great second set of attacking players for MLS, not CCL play. I, in fact, would suggest starting the better players in CCL in order to get out of the Group stage.

Nkufo will be moving to Seattle and making it home for the extent of his contract by the way calling it "very much like Vancouver." This is a life move for him, not just a soccer move.