MLS and the Union Are Going for Mediation. So What's Mediation Again?

Share All sharing options for: MLS and the Union Are Going for Mediation. So What's Mediation Again? 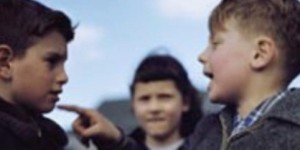 What's the next step in our management-union deadlock?

It could well have been a strike. Actually, it could still be a strike, but fortunately neither side is there yet. Instead, what's happened is that the kids on the playground are trying to get the recess teacher to settle their dispute. Yes, they're heading to mediation. From MLSnet:

As part of the meetings, MLS and the Union have jointly accepted the invitation of George H. Cohen, the Director of the Federal Mediation and Conciliation Service (FMCS), to serve as a mediator during the discussions.

Don't bother clicking on the link, by the way. That's the article in its entirety. Well, except for a photo of Commish Don Garber, looking as if he suffers from digestive disturbances.

So. What is mediation? you ask.

In a nutshell: Instead of Bob Foose and Don Garber and their people yelling at each other, they can yell at a hapless middleman instead.

Do they have to do what the mediator recommends? you ask.

This particular question sent me to google, because I wasn't 100% sure I remembered how mediation differed from arbitration.

In legalese, courtesy of the Corporate Partnering Institute, which just happened to be at the top of the list when I googled "mediation/arbitration":

Mediation. Mediation is a non-binding form of dispute resolution that works well for minor disputes. The mediator engages in shuttle diplomacy to formulate a solution that is acceptable to both sides. It has one major disadvantage. If the mediator fails to find a common ground, the dispute moves back to the litigation track. As a result, it works well for minor disputes. It doesn't work as well with intractable disputes or unreasonable parties. [emph. added]

Arbitration. Arbitration is a binding form of dispute resolution. It permits parties to submit their dispute to an independent third party who functions much like a judge. The arbitrator listens to the facts and then renders a judgment. It has one drawback, the arbitration is conducted much like a trial, and isn't as conducive reaching a reasonable business compromise to a business dispute.

In other words, our newest best friend George H. Cohen, the Director of the Federal Mediation and Conciliation Service, can listen, rephrase, paraphrase and recommend to his heart's content. If we are lucky, this is not an "intractable dispute" with "unreasonable parties." If we are lucky, the two parties will take his advice. But unlike in arbiration, they're not required to.

So let's cross our fingers.

On a positive note, I was able to use the "but the players and management could cancel the entire season!" argument to get my menfolk to go up to Vancouver tomorrow. So the labor stalemate isn't all bad.

Away tickets are sold out, but I think there are still tickets left if you can tolerate sitting with, y'know, Canadians.