Chances are that if you bothered to look at the schedule at the beginning of the season, you saw the Kansas City Wizards coming to town and skipped right over to the next game.

While there may be no such thing as a guaranteed victory in Major League Soccer, you probably saw the noon start time and lack of star power, and started wondering if maybe this should be the weekend you spend time with the family.

Just in case you're that person, let me warn you that three weeks into the season, this matchup has improved dramatically.

The Wizards (2-0-0, 6 points) come to Qwest Field as not only one of two MLS sides with an unblemished record, but also as one of the more exciting offensive outfits. 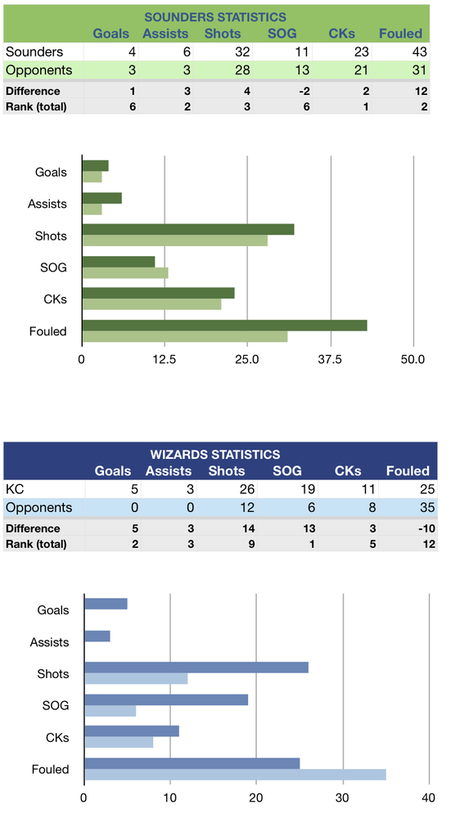 As a result of those struggles, the Wizards underwent a somewhat dramatic makeover. They've brought in at least 10 new players this year (with the recent addition of Indian import Sunil Chhetri), and are playing a high-octane 4-3-3 attacking style that has resulted in five goals in two games.

Leading that attack is former Arsenal Youth playmaker Ryan Smith (who has an American father and could someday join the US National Team fold) and MLS veterans Kei Kamara, Josh Wolff and Davy Arnaud.

Smith, in particular, has been a revelation, his one-goal, one-assist performance in the season opener against DC United announced his MLS arrival and he followed that up with an assist on Kamara's game-winning goal against Colorado.

Smith, whose dominant foot is his left, has serious speed, doesn't mind going one-on-one and has displayed absolutely dazzling touch on several highlight-reel passes. (He's also, apparently, a bit of a hothead as he's lucky to be playing this week after receiving only a yellow card for spiking the ball at the referee's feet in Saturday's game.)

From watching Saturday's Colorado game (which was much more fast-paced and interesting than that 1-0 score might suggest), it seems the Wizards favor a fast-paced style of moving the ball on the ground either with quick passes or on the feet of guys like Smith and Arnaud. Shots tend to come from multiple angles, with many of the crosses being aimed at Kamara. On several occasions left back Roger Espinoza joined the attack and looked to have a potent right foot. The team has gotten a league-leading 19 shots on goal in just two games (the Sounders have just 10 in three games). Of those players, only Wolff played started in Tuesday's U.S. Open Cup loss to Colorado (coming out in the 88th minute), and Kamara played a little less than a half as a sub.

Defensively, I think the two-game statistics may be a little misleading. While the Wizards have yet to yield a goal, and have only even seen 12 shots against, the Rapids, at least, were able to get multiple good looks. Only some timely saves by Jimmy Nielsen and some fortunate bounces kept the ball out of the net.

Their defense appears to be more predicated on keeping the opposing side on its heals than it does on playing a lockdown style that's more common place in MLS.

If the Sounders are in good form, there should be plenty of scoring opportunities. I'm a little more worried about Seattle's ability to slow down that Kansas City attack.