Let me digest this...

Share All sharing options for: Let me digest this... 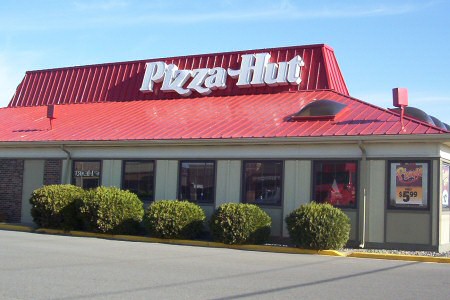 FC Dallas has the feeling down pat. I mean, the stadium couldn't be more aptly named.

Watching the Sounders walk into that stadium, it's just too eerie. It's exactly like that run down Pizza Hut franchise on the corner towards the dark end of your neighborhood. It's like when you have a bunch of your friends together, hankering for something delicious, and you spot it thinking it's going to be just the place to fill your craving. Only, you open the door and walk in, and your met with two useless waiters, who'd both rather talk about the other, better restaurants in the town across the way. 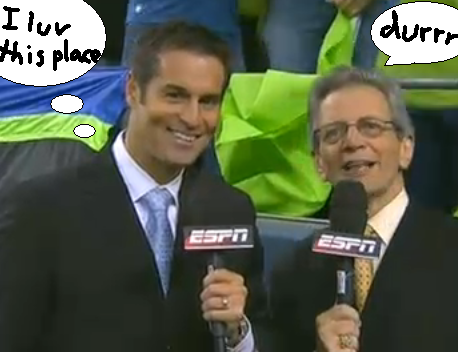 As you're walked to your table, you realize in the musty darkness that the place is not even half filled, with most of the patrons staring blankly ahead eating pizza like zombies, though you swear you could see some glint of life underneath their jaded, glossy eyes. Hidden off to the side is another group of friends, very eager much like yourself, similarly dressed in green and excited at the prospect of delicious pizza. However, the group is small. 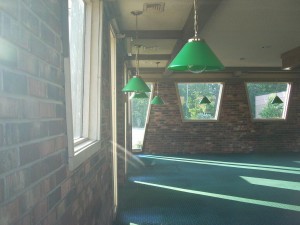 It's like the Pizza Hut, with the seedy billiard lamps and fake, green shrubbery hanging down above the salad bar. And after you've ordered your food from the waiters who are still endlessly chatting up the great food over at the California Pizza Kitchen across the lake, your two dried, sloppy, and severely underwhelming pizzas arrive. And you dig into your first slice because you still hold out hope that it might be as good as it looked from outside. Only, it isn't. And you get the bill and you feel like you've been unfairly strongarmed the entire evening, that you waited a little too long to be seated and served, and despite the 18% tip you left, you feel robbed.

In the end though, you walk out to a breath of fresh air, and no matter how frustrated you feel, you have no where to direct it. Because really, of all people, it was your fault of believing it could have been better than OK. That you could have walked out of there with your expectations fulfilled. I mean, maybe it's the owners of franchise, who could run the place a little bit better, with a little more life. Or maybe its the Health and Safety inspector, who fails to take note of the obvious regulation code violations and seems to make up new ones on the spot. Maybe if they got a new inspector, then the experience could have lived up to its potential.

It's OK though, because in five minutes your search for why it was so bad disappears. Because that was just lunch. And you remember that you have dinner reserved later that night at the newer, nicer restaurant that's been getting a lot of buzz. With some friends from Toronto. They serve aperitifs to cleanse the palate there.