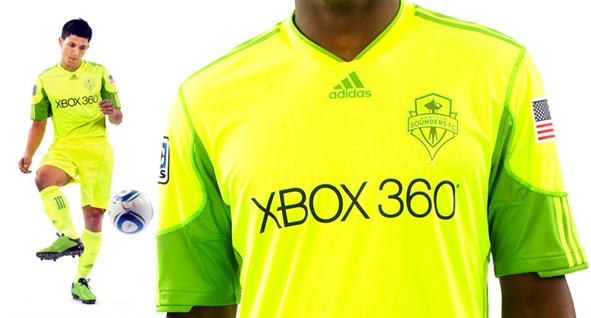 The kit is anything but mellow, and it kind of reminds me of some electric yellow soda. Yeah, the (sexy and Awwstralian) front office has you drinking this down like it's delicious, radioactive gold.

It's been a bit since the 3rd kits were released, and boy has it caused quite a stir. No doubt, the bright 'electric' yellow grabs a second take on anybody, with a lot of people both turned on and off.

Here's what Sigi had to say.

"For me, any time you get a new jersey, everybody gets excited," Schmid said. "They want to wear it. What’s happened now in the world of soccer is sometimes you see a team in a color and you say, ‘Who’s that?’ A little bit of that is marketing, but players do get excited about something different and wearing a new jersey. ... You look good, feel good, play good."

"The league sort of tells you what you're wearing in your regular season games. So now it's a uniform that is obviously available for our exhibition games. It's a uniform that available for the Open Cup games. I think there are a couple of games where we can make a special request to the league to play with an alternate uniform. So as we proceed further we'll make that decision."

While I do like the FO's straight forward thinking that it'll grow the Sounder's identity, I'm not quite sure that we need it. Hanauer made it clear that it'll be used primarily for the summer friendlies, cause you know, Chelsea and Barcelona fans watch their pre-season warm up tours.

Personally, I think it's an... interesting color choice. I never really liked Chelsea's or Barca's highlighter shirts, although I freaking loved Barcelona's electric orange socks. Just the socks though, maybe I'll get me some electric yellow socks...

The lolarious thing is, I was watching clips of the unveiling, and someone mentioned that maybe we'll finish better on our crosses in the yellow shirt, since it'll be easier to pinpoint players. If the Sounders ever finish on a cross into the box wearing that shirt, I promise that I will not only buy it, but wear nothing but the full yellow kit for a week.

Yeah, try and hold me to that boys.