Rumors confirmed, Celtic and Boca are coming to Seattle!

Share All sharing options for: Rumors confirmed, Celtic and Boca are coming to Seattle! 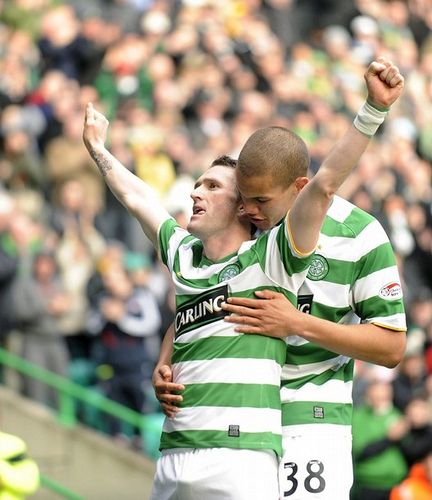 Woo! It's confirmed today that legendary clubs Celtic and Boca Juniors will be the summer exhibition games at your local Royal Brougham Park.

Yup. Two of the largest clubs in the world outside of, well, the 'big five' leagues.

The rumors had been swirling on message boards that Celtic was one of the clubs, and a lot of seriousbusiness fans were getting worked up about squeezing in two 'meaningless' friendlies smack dab in the middle of the post-World Cup schedule.

As of now, the Sounders official schedule says the July 18th Celtic game will be 3 days after DC United away on 7/15, and a week before Colorado at home. Boca is set for May 26th, with Colorado away again the match 3 days later.

I don't know about you, but holy smokes I am excited. Celtic may have been pipped to the SPL title this year (by two Americans mind you), but they are one of the most well supported clubs in the world, with a lot of history. For a layman, Celtic's history in soccer is kind of like Washington's history in US soccer. By that, I mean Celtic F.C. are two years older than the state of Washington.

Along with the history, however (again) there were some sour seriousbusiness fans who were worried about the baggage that Celtic would bring with them, particularly in terms of the naughty past they've had with supporter racism and violence. Because as a Seattle sports team, there's no way we could allow, you know, real world problems like politics, religion, racism, and homophobia onto our pitch.

Myself, I'm not too worried about that. Celtic are certainly big enough to have a sizable fan base here in Seattle, especially since they've played at Qwest Field before back in 2003, and met the Sounders back in the NASL days. There will be fans with direct and indirect ties to the club, but they'll be the benign Seattle-diluted type. Either way, definitely expect a great atmosphere. 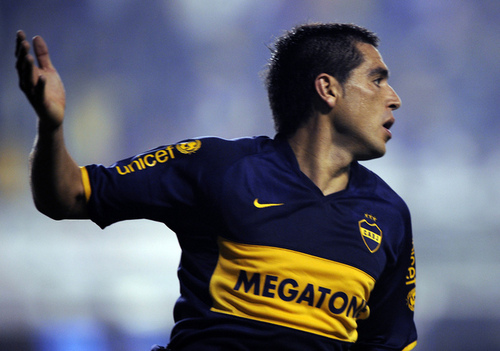 On the other hand, I am personally very excited for the friendly with Boca Juniors, mainly for the man pictured at right. I've always admired him, and have always used him in video games like FIFA and Football Manager well into his 40's. So, though he's wizened a bit in Europe, he's still one of the top central playmakers in the world, a graceful wizard on the ball, and he'll be quality to watch. If it weren't for manly pride, he'd have the captain's armband and a spot on a plane this summer to South Africa. Don't believe me?

Anyways, I really really really like what the FO has done here. Last year we had giants to capture Seattle's attention. With these two friendlies, we'll be aiming to capture the attention of the world, mainly Scots and Argentinians. You can bet your family heirloom that we'll be wearing 'electric' yellow for one of these matches, to help burn the image of bright, zippy Americans in 'Major Soccer League' into the retinas of fans yet exposed to MLS.