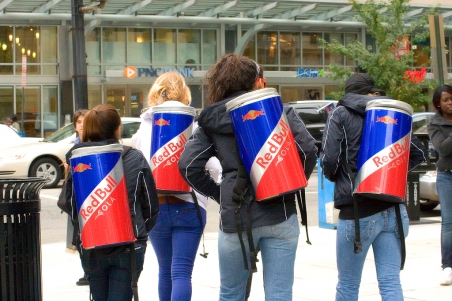 The Sounders are headed to New York (if you can say Newark in a Jersey accent) to meet the Energy Drinks in their freshly popped can. Like the bubbles that froth, Red Bull are quickly rising to the top of the league. However, just as Seattle were obliterated by LA, Red Bull had it's own setback losing 4-0 to San Jose.

It'll be Seattle's first visit to the new Arena, and I'm hoping for a hit and run road trip before we come back home to face San Jose.

First, here's what everyone else is saying.

Sounder At Heart's tactical preview and matchday cheat sheet.
Goal.com doesn't like our chances.
Examining the Saturday evening, with a recap on past meetings.
Soccer by Ives weighs in, oddly with an article by Jose Romero.
Preview of all MLS action this weekend over at S365.com.
Josh Mayers tries to make us all feel better about that ominous, sinking feeling.
Former Red Bull finally parks his butt in Seattle.
The Times with broadcast information; FYI: Saturday May 15th 4:30 PST PM KONG 6/97.3 KIRO, with the always charming and easy on the ears Arlo White (Alan Hinton :D and Pete Fewing :( to do the pregame pregaming)

Just like us last week, Red Bull were equally shocked in San Jose losing out 4-0. It was their second loss of the season. Their first loss came against Chivas away, which came down to the wire with a 90th minute goal that sealed it. However, against San Jose, it was a slow, methodical dismantling, kind of like at Qwest Field last weekend.

If you skimmed through the light reading above, you'll find that it's not looking good for us. Red Bull used to be streaky, but that was before their new stadium. At home, they are currently undefeated in three tries. Expect the home field advantage to be a factor.

Another not so obvious issue is injuries. David Falk hinted that Montero, Oswald, and youngin Miguel Montano will not be on the field. Michael Fucito is still on injured reserve. Newly signed Jeff Parke won't be elligible to play until San Jose, as will still injured-but-recovering Nate Jaqua and Pat Noonan. If I were Vagenas, I would either hide my face, fake an illness, and do anything to not start after LA picked on him, or seriously hustle my butt off and make up for it. But, knowing Sigi, Vagenas playing is almost a certainty.

Keeping these doubts in mind, our attack is not looking so strong when put up against a RBNY defense that shut out the Revs in Open Cup play this week. New England didn't really keep them on their toes, but 3-0 against regional rivals is nevertheless solid.

So, enough pessimism from me.

I realized about midway through the LA drubbing that Seattle was frustrated, incoherent, and plain unhappy. They didn't look like they were enjoying playing footy on a beautiful day. Of course, it's hard to smile when you suddenly find yourself down after a good start, but the amount of visible sour faces on Freddie was a little troubling. Now, I know this isn't tactical analysis, or that you can just walk into the locker room and say "Hey team, act like you enjoy getting paid to play soccer." (or can you...?). But, it's been a minor, if obvious, thing I've noticed for the past several games. The only guy on the field who looks like he's having fun is Steve Zakuani. At the rate he's banging them in, he should be all smiles. But the rest of team, tiny niggling mistakes, misconnected passes, Freddie freaking out on any call from the referees. It's a huge contrast to the positive attitude in training.

The thing I'll be looking for us to win is for us to just cut all the bullshit and gel on the field. I know the team can string together more than 3 passes. They've shown it in spurts in Toronto and at home. If we can just operate as a unit and not get frustrated easily (Freddie) which, as easy as it sounds, is hard to do when you're away, then our chances of stealing points go up exponentially.

I want to see another go at this 4-3-3 thing. We need to get this ironed out from the rear up if we're going to be effective once Blaise arrives as an actual striker. I would prefer someone else, like Montano or Nyassi, but it'll be Evans with Fredy and Zak up front. I am OK with Ianni and Oswald supporting Freddie in the middle. The back line is self-explanatory, with Riley, the Hurt Machine, Marshall, and Leo in that order. As I said before, if we clog the middle, play clean and smart passes, then we have a way to control the game. Our wings and newly formed wingbacks will have to work their asses off, but I liked what I saw against LA. Let's try this thing one more time.

Players to step up: Kasey Keller, Freddie Ljungberg, and Sigi Schmid as leaders
Players to watch out for: Juan Pablo Angel, Joel Lindpere, and Conor Chinn

Let's get Petke sent off.