Ever wonder where the name came from?

Share All sharing options for: Ever wonder where the name came from? 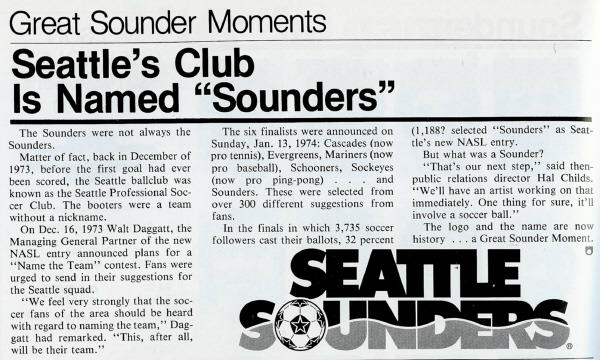 Walt Daggatt, one of the fathers of the NASL Sounders, passed today.

via ECS forums and a fantastic article at the Times about one of the Northwest's, if not America's, greatest soccer startup men. He understood what it means to have a fan's sport in the city of Seattle, and worked hard to bring the Sounders here in 1973.

And the ENTIRE Sounders family.