I Want My Money Back

Share All sharing options for: I Want My Money Back 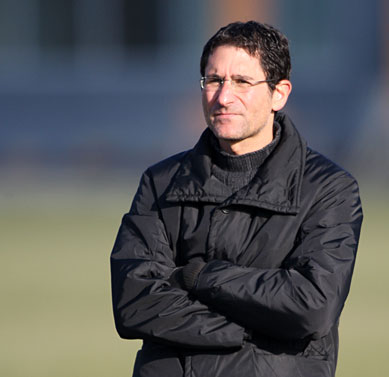 Well, not necessarily me, since I watched the 0-4 humbling at home. Luckily, I didn't have to endure the walk of shame away from Qwest Field wearing green. But, season ticket holders amongst the 36,273 on Saturday will be getting a full match refund for next season.

The Seattle Sounders FC announced today that a refund for Saturday's game against the Los Angeles Galaxy will be issued to season ticket holders in the form of credit towards 2011 season tickets.

"That wasn't Sounders soccer and it was quite frankly embarrassing, humiliating and the fans don't deserve that," said Sounders FC owner and general manager Adrian Hanauer. "The refund will come in the form of a credit against next year's season tickets. We want our fans committed for the long haul and we think this is the right thing to do for our fans."

"As the owners of the club we reserve the right to do whatever we think we need to do to treat our fans the way they've treated us."

"I think it is a fair tribute to our fans," said Sounders FC head coach Sigi Schmid in reaction to the decision. "I said to the team today that the fans support throughout the game and the way they remained and they supported us after the game was phenomenal."

"I think the organization has made all the right marketing decisions and all the right moves and they feel that this is what is needed to show our fans we are appreciative of what they do week in and week out."

Along with many other fans, I am a little surprised by this move. This is a very awkward thing they've done, no doubt with immediate and long-term benefits for the FO. But, as they've set out "fix" yesterday's horrorshow (leave that to Sigi), it's had some unforeseen fan unsettling that's backfired in their faces.

For one, this only affects season ticket holders. What about the rest of the 36,273 that showed up? What about the people who had to watch it at home, like me? Sure I wasn't forced to watch it, per se, but there was nothing better on in the middle of a Saturday afternoon. I demand a free ticket too, that I can then sell for an inflated price on Craigslist.

OK fine, it's not really about the money, since the refund is in a "credit". In other words, next year's season ticket price will be $30 dollars less. So, depending on what you paid to get season tickets this year, it probably won't change anything. So it's more of a meaningless show of faith.

For all the support the Sounders fans have given to the team, the FO is giving very little back. They seem to think that by reimbursing Saturday's performance, it'll insure them the same level of attendance next season. 36,273 will think, per Hanauer, "Oh, it was a fluke, let's just go to the free game when they're winning next season."

That's not how it works. That's not how you build a strong fan base. You can't expect to just refund fans every time your team loses 4-0 in order to keep morale up (or for the FO, keep ticket sales up). Yes, LA sold out before the season even started, and a 4-0 loss is not a good introduction for Seattle non-soccer types, and yeah fewer fans might show up in two weeks time for our next home game. But, we lost 4-0. In a domestic match. It's not like relegation is on the line, or it's the playoffs, or we lost 9-1. We lost 4-0, at home, and we'll probably lose again at home. We lost to a fiery hot team, who simply played us off the field. Deal with it, cause as fans we don't have a choice but to deal with it.

Or we didn't, before we got paid to be fans. We get enough flack as Starbucks FC fans from the rest of MLS. Not that it matters, but true fan support can't be bought, and in Seattle we know the difference. So don't pay us for showing up to games. Let us expect the best out of every performance, but don't pay us.

Hell, I'd rather you spent all that money on free beer before a Portland game. Or use the money to open the Hawk's Nest... oh screw it, I want free beer.

Sigh. On the other hand, maybe this will finally light a fire under everyone's ass, that Sigi and the team have no choice but to support Hanauer's decision by backing it up big time against San Jose in two weeks. And maybe it will set an example for other clubs in MLS to try harder. And who knows, maybe this will actually draw more people to the next home game.

Food for thought: there are 32,000 season ticket holders. GA tickets cost $24.75 a game, assuming you renewed. Therefore, at the VERY LEAST, this refund cost $792,000 (this isn't even factoring in the cost of club season tickets, which go for $104 a match, or league's gate receipts cut). What would you do with that money? Take your $25 dollars and leave?