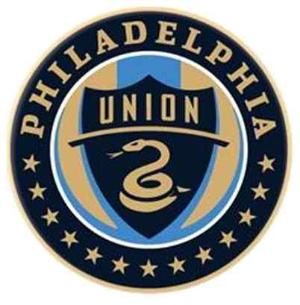 Seattle Sounders at Philadelphia Union, ESPN2 and ESPN deportes right now. The World Cup break is officially over and Seattle opens up Philadelphia's new stadium at PPL Park. Let's see if we can spoil their party.

Marshall with a big whiff there, but Kasey with two good saves so far.
Gamethread go!

Jaqua is on the bench, so is Philly native and Villanova grad Mike Seamon

PPL park looks pretty good, I'm not going to lie. Grass field, great backdrop on the river, and you wouldn't think it only holds 18,000 with the noise right now.

Sebastian le Toux is on the field for the Union, mixed emotions there as he gets drilled in the face by Leo Gonzalez.

Everyone's looking very sharp, some crisp passing and clean challenges make it seem like we never took a break from play.

Oh man, Freddie is looking winded out there already, only 30 minutes in.

Zakuani and Montero linked up on a great chance, Zak burned Salinas with some good body movement.

Freddie creates a good chance with a cross at the far post that Seitz has to stretch to reach.

NOONAN! With the first goal at PPL Park ever! Take that you Union! Great finish, Noonan slots it low past Seitz.