After a stellar first half, Sounders take 3-0 win against Revs

Share All sharing options for: After a stellar first half, Sounders take 3-0 win against Revs 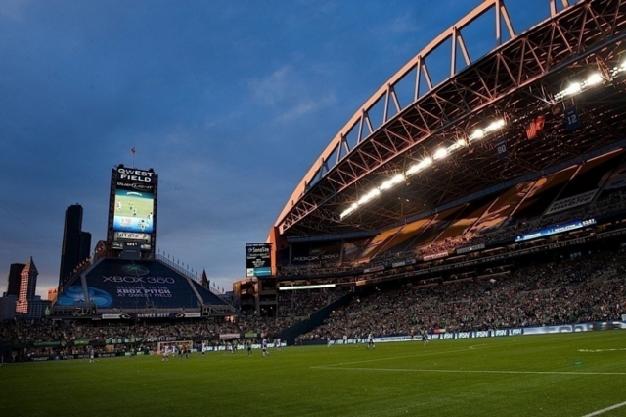 The Sounders grabbed all three points, courtesy of three fantastic first half goals.

Some gorgeous photos of the match over on the official website. 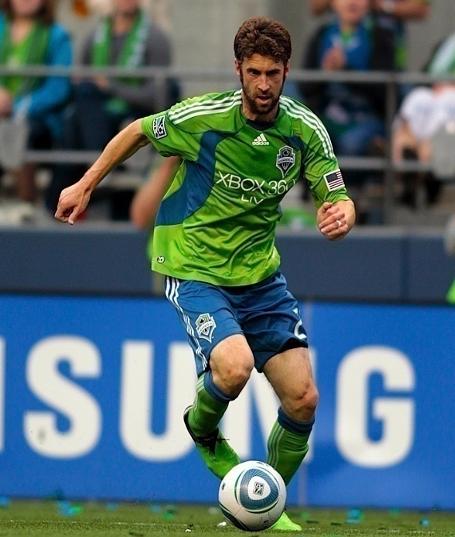 Real fast, my 2nd half notes

sick racing strip on Freddie's head
Zak with a good chance, it only needed the receiving end of the connection
montero with the half bike
evans and ianni in the middle is how it should be
this is so great, freddie gets swiped at, holds his leg, but he doesn't flail and swing his arms around in digust at the foul. THEN, the ref runs over at checks to see if Freddie is hurt, almost like he is genuinely concerned. haha
good distribution from the back up the sides
montero ALMOST stepped aside of keeper
Freddie gets a finger in the cookie jar, everyones getting tastes tonight
ORGASMIC pass from freddie to evans, ALMOSTALMOSTALMOST
this has to be said, freddie plays so much better without the pressure of carrying the team
pat got a sniff too
montero with some swfit feet
shots: 15 - 1. yeah, like that.
boggs. lol.
penalty. needs. to. be. given.
i am so happy. keller just exploded. oh god, i love it.
EVANS, even he got a clear chance at goal.
that one touch combination just gave me a DIRTY dirty smile
levesque with a shot
Freddie with man of the match, much deserved 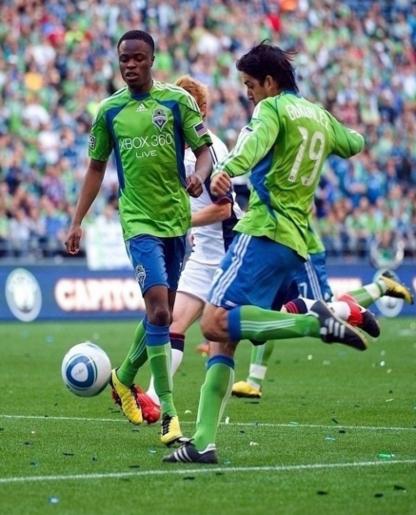 A couple things to walk away with

1) We finally know how to score at home
Boca was no fluke. We know how to bring the game at home, and the Sounders showed that they have flair, attitude, and actual finishing ability (that's what she said). On nearly 20 shots to 1, with 7(?) on goal, the Sounders ably converted for 3 goals. Three! 3! Oh, and this season, when the Sounders score, we don't lose. So I think I'm good making predictions again. At least I got the win and the goals scored right.

2) We finally know how to use Freddie
I'll say it, Freddie was immaculate tonight, and proved all his haters wrong by doing just what he needed to do. I made a mental note during the game that Freddie was visibly playing with less pressure. He wasn't afraid to make runs, make passes, and he wasn't carrying the full weight of the team's foul complaints. Now, I don't know if he said to Jorge Gonzalez before the match that if he protected him from blatant attacks, Freddie would deliver a boat full of Swedish models, but whatever deal they agreed upon seemed to work. Freddie didn't complain about a single call. He might've thrown a hand up at a teammate's play, but that's not complaining that detracts from the flow of the game. Instead, any time Freddie was fouled, he picked his butt up, and hustled. I saw at least one or two instances of his foul leading to a quick restart that caught NE off-guard. It was reassuring, but also refreshing, to see Freddie go from loud guy everyone expects to play brilliant football to quiet leader who worked hard to set a good example. I think the good attitude rubbed off on everyone else, directly leading to the win.

3) Taylor Graham
Has the same birthday as me! Woot!

4) Pat Noonan is good in my book
So this guy comes from New England, right, only after bouncing around the league from just about every team you know. But he plays in some early season games, doesn't really impress me much. I thought, blah, he's just going to bounce his way out of Seattle, just give him til summer and he'll be traded for a draft pick. Then BAM out of nowhere, the guy stuns me with his striker's goal against Boca. And tonight, against his old team, he looked spot on. Really, it would've been 4-0 if his shot had been 0.02mm to the right of the goal post. But it was the spin move, determination, and smart feet that led up to the ping'ed shot that really impressed me. This guy has shown me that he can play backseat poacher to Fredy's up top antics, and he's going to catch fire real soon. It's a shame it wasn't earlier on, but I see him learning some good things from Blaise in late July.

5) Refs need not be scared of the Emerald City
As long as you give us our calls, or we get the win. Both would be nice once in a modern century, but I'll take the win for now.