Who is Álvaro Fernández?

Share All sharing options for: Who is Álvaro Fernández? 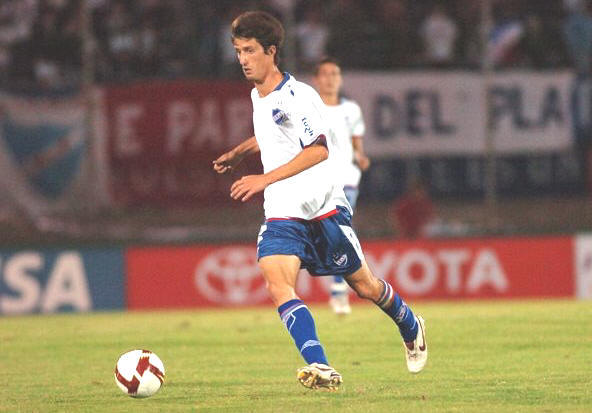 See, this is what happens when I wait to write something about possible Sounders transfer prospects. The club goes ahead and sign a player without waiting for my advice.

I first saw it today on GoSounders. I don't quite know who broke it first, but it doesn't really matter. The buzz is that this deal is about as done as Freddie is to leaving us. In case you didn't hear that bit about Freddie yet, sorry, but it looks like he's on his way out.

Just for you guys, I went ahead and did some research on this Álvaro Fernández guy. Not much is known about him in the English speaking football world, but if you check out his wiki, someone's already taken the liberty to edit it to include him as part of the Seattle roster. Ten bucks says it was Hanauer sitting on his computer at work.

I used my super exclusive scouting resources and dug up this.

As a part of Club Nacional, he helped them finish runners up to Penarol last season. Nacional are one of the two "big" clubs in Urugauy Primera, who are one of the few South American countries on a European calender and not the Apertura/Clausura, so this capture will get a couple headlines in Uruguay. He was a part of the Uruguay Selection at this summer's World Cup in South Africa.

Out of 7 games and 660+ possible minutes, Fernández played in four games, totaling 75 minutes.

He seems to be a very versatile and flexible player, which is just the thing Sigi is thinking right now with key injuries and a lack of midfield dominance in recent games.

According to my "source" he has a high work rate, likes to move forward whenever possible, and floats outside the area so he can arrive late into opposition areas during attacks. He is not specifically defense minded, but he can serve that role in a pinch, as he showed when going in for Fucile for Left Back.

How he would fit into Sigi's system? Good question.

Because he is so versatile, I imagine Sigi would deploy similarly to how he has played Patrick Ianni or Nathan Sturgis. Depending on how well he can cope with the physicality of the American game versus the highly technical Uruguayan league, he may be suited for a central free role. I can't really say, because I haven't seen him play. But it seems like an obvious fit if you're trying to think like a Sigi.

The club refuse to say anything yet confirming the deal, as Josh points out at the Times.

"The club is continuing to look at all options to improve the squad during the transfer window. We are aware there are several reports circulating, but we have no comment at this time. If a move is made, then we will make an announcement."

So, can we expect this to come through in the coming days? What does it mean exactly in terms of transfer money, and more importantly, players on their way out? Is this the first card to fall that gets Freddie on his way out?