Today was a pretty good day for American soccer. More specifically for those of us in Seattle, but there were plenty of wins all around to go with the good feelings and general awesomeness.

Seattle has officially leapfrogged into 3rd-to-last. After finishing the Colorado series with today's solid win (a team we should have beaten twice to begin with), we are now ahead of the Houston Dynamo, who are two points back with one game in hand. However, this means we are no longer shamefully lapped in points by LA, who have 40 to our 22. 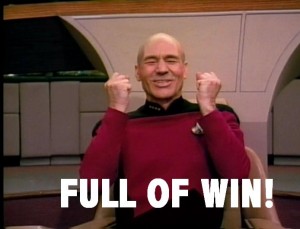 Also as a result of the game, I will never again trust the pre-match matchday info from the Sounders website. They got a couple of the starters wrong, as they've done before. I think I'll stick to using common sense for predicting the starting line-ups.

In other news around the country, there were great wins for MLS clubs over big EPL teams from Manchestershire. Kansas City got an incredible win with only 10 men over Manchester United. One of my favorite American players of all time Davy Arnaud got in on the action to help a historic result in the usually American football staidum.

Also, New MLS goldenboy Handball Henry's charging Red Bulls got the win over Manchester City in their local summer friendly cup. Even though I was only watching highlights, it's fantastic to see packed stadiums and noisy crowds cheering not because teams of 100's of millions are running circles around us, but because we're beating the English at their own game. After years of watching disappointing MLS-European friendlies in the summer time, I can truly appreciate this.

AND, in case you didn't hear! My favorite mustached menace Roger Levesque got Goal of the Week honors for this glorious game-winning goal against DC last weekend. Combine that with this week's double from Steve Zakuani. Doublicious!