One Big Question, How Awesome is This?

Share All sharing options for: One Big Question, How Awesome is This? 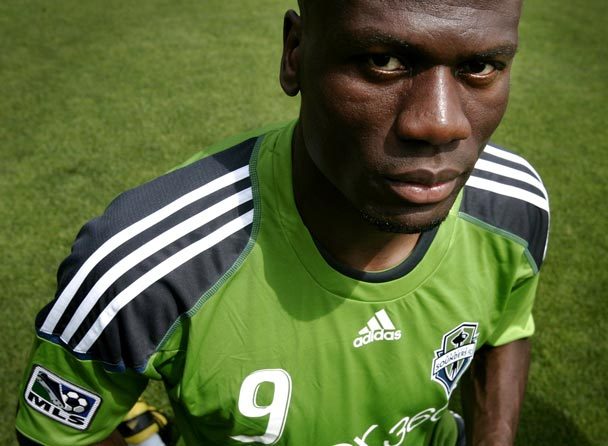 This man is awesome personified.

So as I was writing this, I was watching as this slowly turned into a mindless rant post, so I'll just cut it to you straight.

We're more than halfway through the season, and many of us couldn't ask for anything more right now.

A solid run has us back in the playoff race, we've got two DP's who couldn't have acclimated better, and a fiery hot kid who is eagerly clawing his way to the top of MLS. Not to mention, after our ridiculous first half of a season, we've got 10 games left, featuring the likes of a New England rematch, a Chivas USA double header, and two promising games against Chicago and, don't make me say his name Freddie Ljungbert.

Slather this on top, CONCACAF Champions League play against the likes of Monterrey, Marathon, and Costa Rican giants Deportivo Saprissa. Oh, this isn't your measly Metapan fixture, these are household names when it comes to, say, the FIFA Club World Cup.

Oh, a U.S. Open Cup Semi Final against 2nd to last Chivas USA, on September 1st. Not that domestic league form has anything to do with this cup, as their Los Angeles counterparts have shown. But don't blame me for being optimistic. Especially given how much griping I was doing a month ago, I owe you guys.

How good is life when Nate Jaqua subs on for Blaise Nkufo? Better yet when Zakuani starts over the likes of Alvaro Fernandez? Oh, and our little bulldog Fucito is storming his way back from a hundred stitches under his kneecap to throw off our entire front line, defensive keystone Hurtado is silently making big strides back, while Oswald is back on his hunt for that 40 yard thumper he's destined to get.

Meanwhile right now, the boys have a had a rare full week of training. That means more magic tricks from Blaise, and more time with Uruguayan and Columbian compadres. You can tell that Montero has immediately opened up to presence of Nkufo and Fernandez, so maybe this is the exact supporting cast we need around him to fully blossom into the death machine we know he can be.

I know nothing in this post is entirely new, but I'll be back later with something meaningful. In the mean time, go buy your tickets for CCL Group Match against Monterrey. The game may or may not sell out, but this is one you won't want to miss.