The Art of the Draft

Share All sharing options for: The Art of the Draft

It's Draft Day Eve in the United States of Soccer. 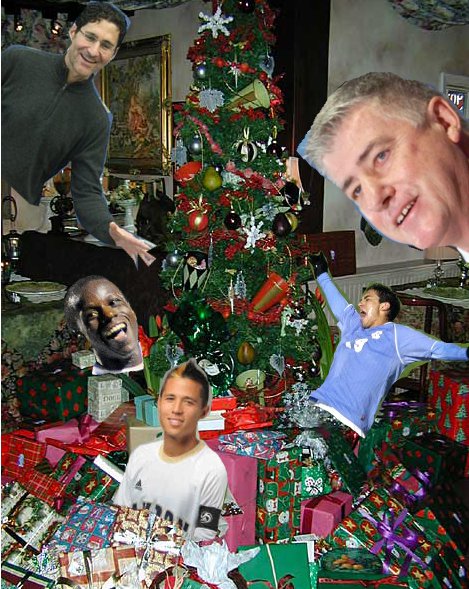 Not gonna lie, this is almost better than Christmas Eve for me.

It's awesome spending the last week and a half on the web reading everyone's predictions and coverage for this year's SUPERDRAFT because it really does feel like the biggest ever SUPERDRAFT in MLS history. Not in the fact that there's any one single Freddy Adu talent/star, but actually just because this really is such a solid draft.

And it's shown in the fact that almost every single mock draft out there is bass ackwards. From Ives to MLSSoccer writers themselves, or whether it's the first round or the entire draft, no one seems to agree. Well, most everyone seems to agree that Perry Kitchen is overrated. Or that no one really knows what's going on or anything for that matter. Anyways, the point is (minus that last link), that all of the diverse opinions from everyone and your mother on who's in the draft and which team needs what is a straight sign that the talent pool in American soccer has grown.

Which is about time. This is one of the more memorable years (oh '01, how you were so underwhelming) where there's solid talent available in almost every round. Not to mention solid international talent, and even a couple guys from Europe ie: ROONEY ROONEY ROONEY.

Yet despite how deep and promising this draft is, I'm content to just sit back tomorrow morning and enjoy it. I'm looking forward to watching each team build towards the future, especially after getting to know more about each of this year's top prospects. To watch it unfold will be interesting to say the least.

As far as my predictions for what could happen tomorrow? The cool thing about MLS is that anything CAN happen. Really. I wouldn't be surprised if I wake up tomorrow to find that Portland exchange all their draft picks for allocation money. And drinking boots. In an attempt to sign Kenny Cooper.

And as far as Seattle's needs? There's no saying with any sort of righteousness, so I won't even try to pinpoint any needs for replacement goalies or attacking middies. But, I will fall asleep tonight snuggled close to my Sounders embroidered security blanket hoping to find that Sigi Claus personally delivered draft picks just for me. Because I've really wanted a Kofi Sarkodie for like, a whole 3 months, and ever since I read about Michael Farfan in the Seattle Times beasting as a Tar-Heel, I've always tried to picture him in our beautiful Shale Away kit. And Ampai, he's like an adorable stray puppy who's just looking for a loving stadium to be loyal to. Who doesn't love Christmas puppies?!?!

So here's to this: a smart and successfully executed draft for a new season and for many seasons to come.