Share All sharing options for: Youth and the American Soccer Player Pool

If you're the sort of person who likes to discuss the history and future of the US National Team, you know you're never far from a discussion about the quality of the US player pool. Specifically, people want to understand — and argue about — why the leading economy in the world (at least for now) with the fourth largest population doesn't have a more successful international soccer pedigree.

Some common excuses you'll hear are that the coaching quality just isn't high enough, that the reliance on high school and college departments stunts the development of soccer players at a critical period of development, or that there's a lack of resources to scout and develop the best talent. By far the most common answer (and one that I subscribe to) is that soccer just isn't a first-tier sport here and that it loses out to other sports when it comes to drawing in the most promising athletic talent. Generally people refer to all of the young players that turn to basketball, baseball, and American football, but there's also hockey in the north of the country and even lacrosse in the northeast. But I think the mechanism by which that relative lack of popularity affects the US player pool is commonly misunderstood.

This quandary tends to bubble to the surface when a non-soccer star like Chad Ochocinco dabbles in the sport and soccer fans suddenly start wondering 'what if?', but it's never far from our minds. The conversation came up in the thread Dave posted yesterday regarding Jurgen Klinsmann's thoughts on the length of the MLS season — mostly between your friendly Sounder at Heart authors Carlos and Aaron — and I wanted to draw attention to it because I think it encapsulates the general argument well. 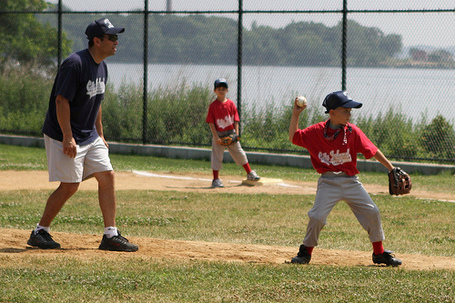 Carlos argues against the prevailing (as far as I can tell, anyway) opinion that the sport's relative popularity does have an impact on the quality of the player pool. He gives two good reasons for this. The first is that he doesn't see much evidence that the US is deficient athletically compared to other international teams:

If the US really were physically overmatched, they probably wouldn’t even qualify for the World Cup. But they have no problems with that. It’s getting into the final rounds of the tournament that’s the challenge and physicality isn’t what distinguishes those top teams.

The second is that there's actually relatively little overlap between potential star athletes in soccer and the other major US sports because each demands a completely different type of athlete:

The top players in soccer are often not that physically imposing. Do you think someone that looked like Messi would ever play in the NFL, let alone be one of its major stars? Maradona was short and stocky. Pele is an incredibly average 5’8".

I want to focus on the second argument: that potential elite US soccer players aren't being distracted by other sports, but I'll touch briefly on the first: that the US is already plenty athletic enough. I think this is largely a semantic argument about what we mean by 'athletic'. I think when most people say US Soccer needs better athletes, they just mean that we need more players with the innate qualities that make great soccer players great, whatever those are. Without getting too far into the nature-vs-nurture question, I think it's inarguable that such innate qualities exist even if they're not always well defined. The opposite extreme is an argument that all quality comes from coaching and development. But if that were the case then there would be thousands of Lionel Messis running around. It's not as if Barcelona decided to arbitrarily expend a bunch of resources on Messi and left their other academy players behind. I'm quite confident that every player in their system was given the opportunity to receive the same developmental resources as their greatest players. A very few excelled and a vast majority didn't. Whatever qualities allowed those best players to excel are what makes them the 'best athletes' even if it wasn't raw speed or size or strength.

So on to the second question of competition from other sports. If we encapsulate the search for a better US Soccer player as the 'Messi question' (i.e. why hasn't the United States produced a Lionel Messi yet?), Carlos suggests that we shouldn't point the blame at the other US sports because Messi would have been a laughably bad basketball or football player and at first glance probably wouldn't have been much of a baseball player either (though his tiny strike zone might be an advantage). 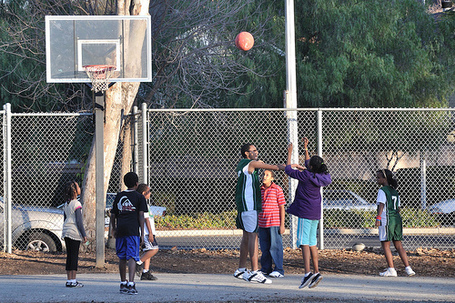 But I think the focus on the top level is a distraction here. The problem isn't that Tom Brady, Prince Fielder, and LeBron James played their respective sports instead of soccer (which they almost certainly would have sucked at anyway), it's that there's a whole legion of potentially great soccer players who were distracted into sports at which they'd never reach the top level. In most other countries every promising athlete — every promising athlete — plays some soccer as a kid and the ones with potential (not just athletically, but mentally and emotionally) reinforce those positive results by sticking with it, because there are few other options. In the United States, a small percentage of our young athletes even try soccer seriously. And most of those who do and are successful at it will also be successful at one of our other sports, and for most of those the lure of the sport with the bigger profile and the bigger stars will be enough to draw them away from the beautiful game, even if that player has no chance to make a professional career in that sport.

How many 5'6" kids have you seen playing basketball in playgrounds or in high school? Not just playing, but obsessed with a sport at which they have zero chance of becoming a professional. How many 16 year old, 120 pound linebackers? In love with a game they could never earn money at. How many millions of kids playing Little League dreaming of being the next Albert Pujols with absolutely no idea whether they'll have the freakish hand-eye coordination that would give them even a shot at hitting a major league curveball? And among those millions or even tens of millions, how many potential superstar soccer players are there that never even give the sport a chance?

As a parent myself I'm well aware of both how important it is for a young athlete to get started in a sport from a very early age and how totally arbitrary the decision for one sport over another is. Picking a sport (if any) is largely up to the whims of the parents and the family's schedule. We chose soccer because I love the game and it involves a lot of running. Many other parents will choose baseball or football for their own reasons. And every time another sport is chosen over soccer — for whatever reason and without any guess as to whether that young player will be an elite athlete in any sport — there's a tiny fraction of a chance that the US just lost a potentially great soccer player. And if you add up those tiny fractions a million times year after year after year, you're guaranteed to lose out on a tremendous amount of talent.

In short, I think the answer to the Messi question is that the US very likely already produced Lionel Messi. . probably many times over. But he didn't play soccer as a youth as he would have in Argentina (where soccer is king). Instead he played in Little League or Pop Warner or maybe some high school basketball. And he wasn't very good and he washed out and now he's an accountant.