Sounders off to training camp again!

Share All sharing options for: Sounders off to training camp again! 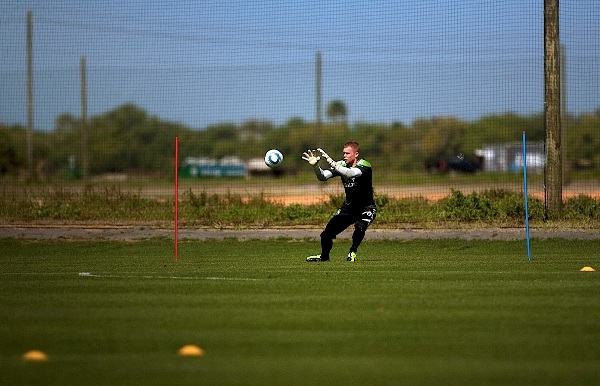 The Sounders are off again to another camp, this time at the IMG Academy in Florida. And they are bringing with them yet another new face. Sophomore defender Richard Martinez is training with the club as a trialist.

Martinez comes from the Puerto Rico Islanders as a right back, where he spent the past season after graduating from Hofstra. He was invited to participate in the pre-draft Sounders combine, but it seems the Sounders want to get another look at him.

Sounder@<3 already did some interwebs digging up on him, and the consensus there is that he seems ready for MLS. Coming as a rookie, and from Division 2, it will be a big ask for him to be at the level of MLS. Then again, Ozzie Alonso also came directly from USL-Division 2, and we all know that he's capable to succeed in MLS.

This does sort of conffirm my initial panic at our current right-back-back-up situation. Even though that same SAH link has word that draftee defender Leone Cruz has done well at right back, it seems like that won't be his primary goal for the Sounders. So, even though we've got plenty of competition around the rest of the field, our prospects at giving aging veteran James Riley some support in case of an injury are at best playing a number of players (Cruz, Levesque, Evans) out of their natural positions. Not that getting old is affecting Riley's form, but only that it's good insurance for the mind.

Bringing in a young gun like Martinez is a very good idea. And while I do like that Sigi is still exploring new options, I am hopeful at best that Martinez impresses everyone well enough to earn a permanent spot. I'll be keeping a close eye on how he does.