With the recent snow storm that's taking over Seattle and the rest of the country, why not bust out your scarves! 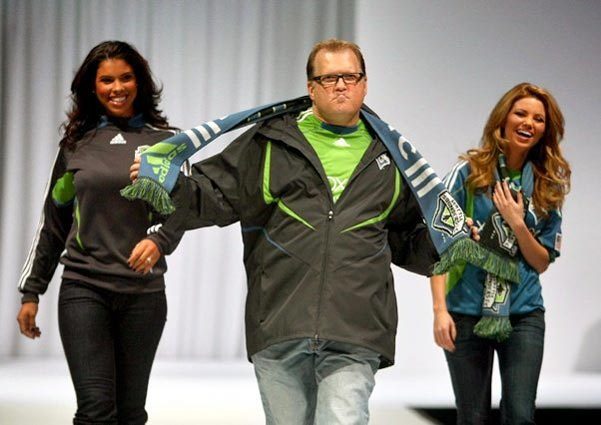 Right now, I'm rocking the classic Split Space Needle scarf for short trips outside. It does it's job keeping snow from going down my back. However, lately I'm also really digging this one for split logos too. 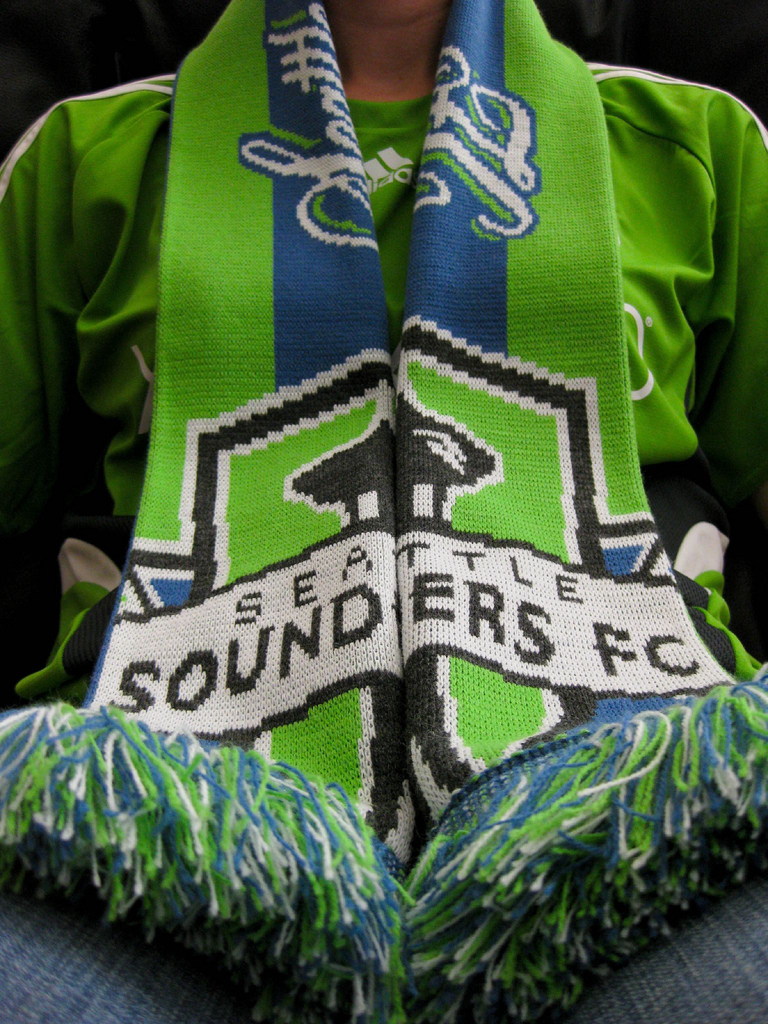 This scarf is definitely one of the better looking scarves. Gotta rep that Space Needle. 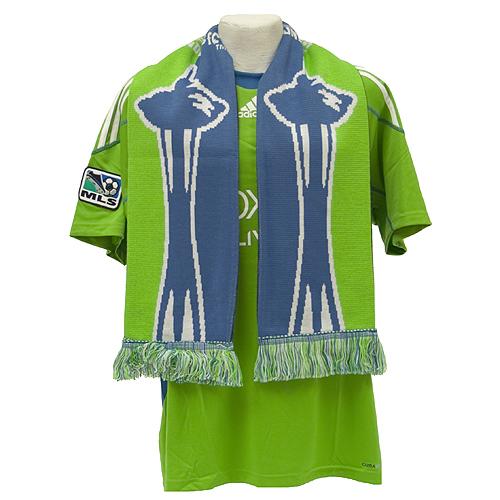 This one's pretty cool too, for the wintry days when you feel grungy and emo, and you need something that doesn't clash with your all black outfit. 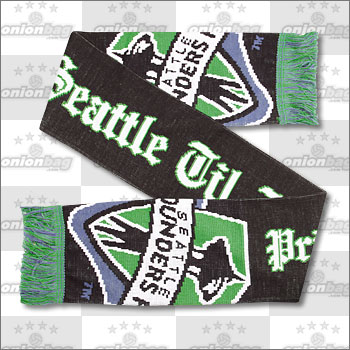 A Sounders scarf for the mothers? Or the mammaries? I don't care, I love them both! (PS Guys, pink is the new rave green...) 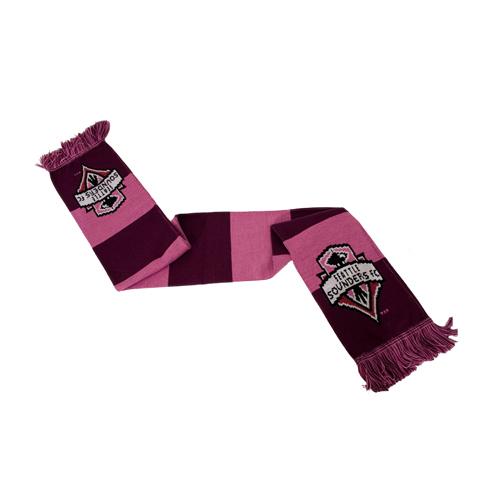 This one is classic, without any frilly bars or hoops, yet straight to the point. You can wear it on any occasion. 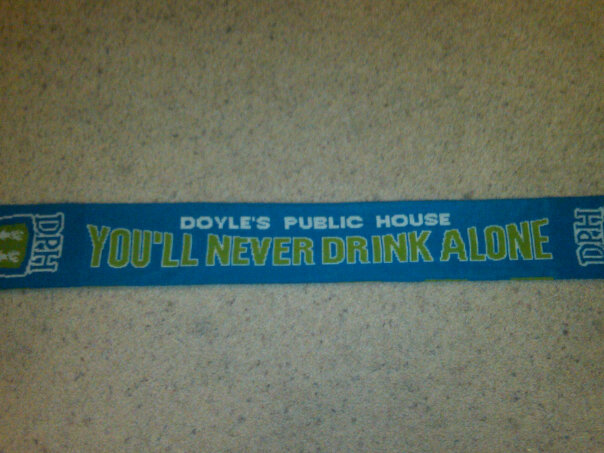 And but of course, should the weather be harsh enough, I think I could wear this one on March 4th. 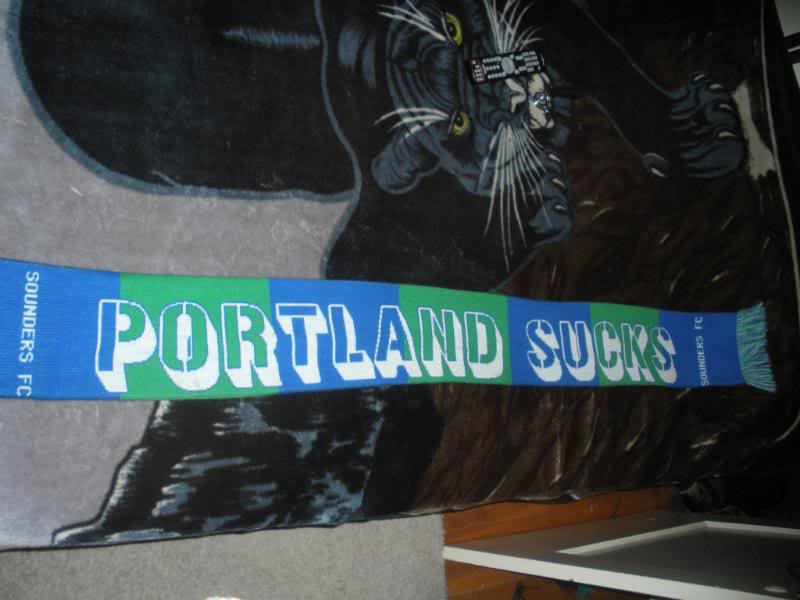 If you're the knitting type, check out the Sounders ravelry (not rivalry) supporters club. That is, the club of knitters and crocheters who make their own Sounders gear (you have to register to join the group), like this friggin awesome hat, made by this awesome bloggerknitter. 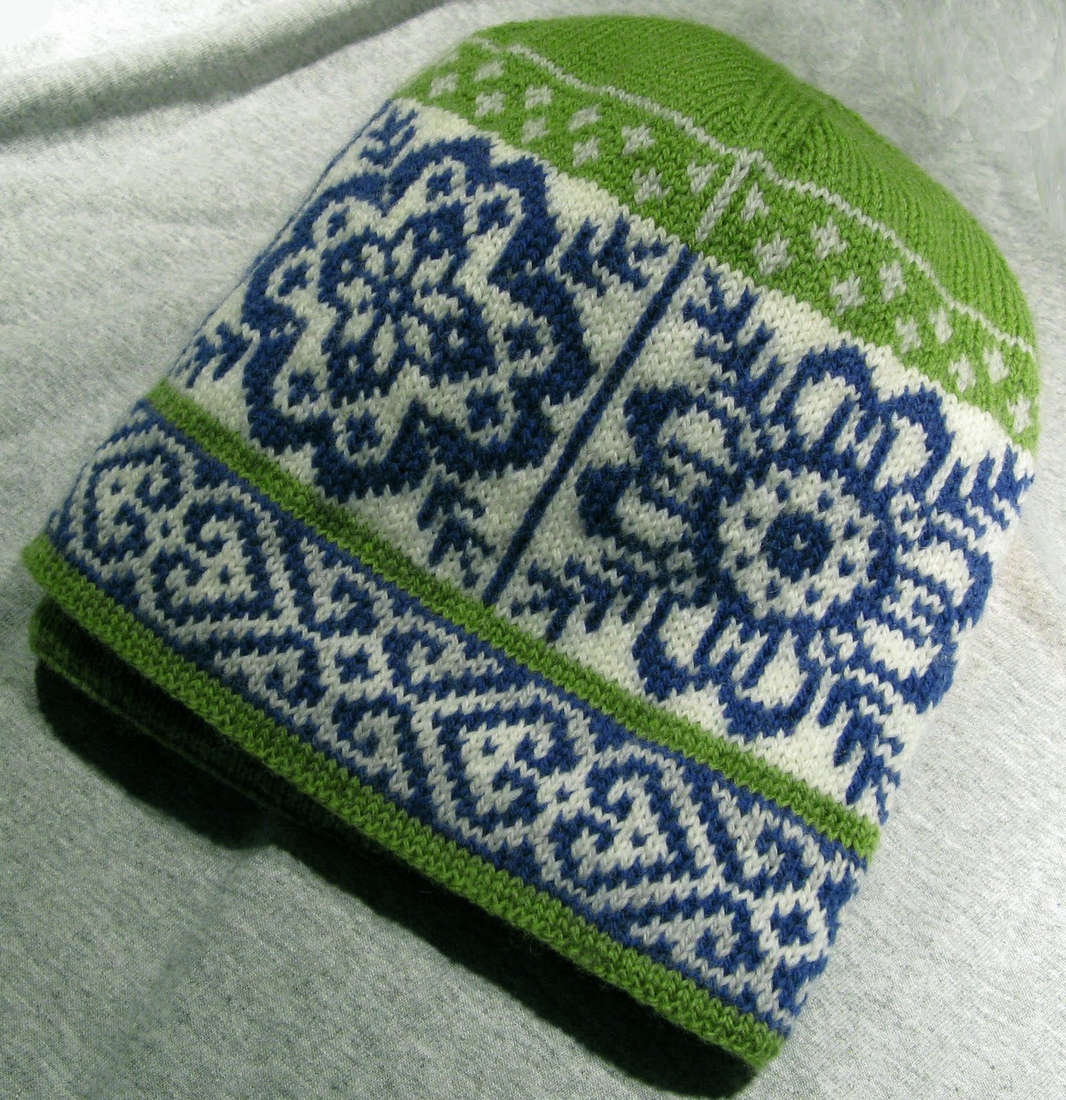 Yeah, I know, pretty much the coolest thing ever right?

Wrong! I have it on good authority that while scarves and knitted hats are pretty much the best way to support your team, there's a new thing that the players themselves wear to stay awesome. And it's going to take 2011 by storm.

I introduce to you, the Snounder Snood. This is a top secret pre-market prototype that the Sounders Team Shop leaked to me. 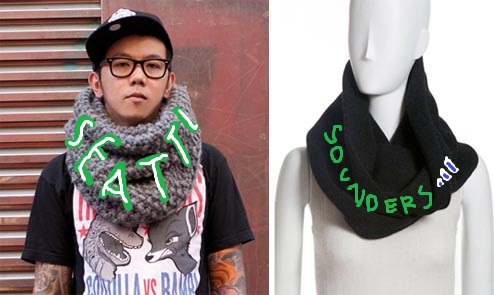 All 76 Portland Timbers fans just got insanely jealous and joined this facebook page, but only out of sheer hatorade-induced spite. It's OK, in Seattle we make neckwear look good, but feel GREAT.

In any case, which scarf (and snood combination) are you guys wearing to fight off the snow, and what's the best scarf you've seen so far?