Getting You Ready for the New Season: Complete 2011 Sounders Guide

Share All sharing options for: Getting You Ready for the New Season: Complete 2011 Sounders Guide

Hey there! You! Are you a Sounders fan? Are you ready for the 2011 MLS season?

Well, here we go. Follow the link as I preview the 2011 MLS season and everything else you need to know to be informed, up-to-date, and ready to support your Sounders in the biggest MLS season yet.

Greetings! For those of you who don't know me or have been here before and lurked around, I am Denny. Like you, I am a rabid Sounders fan. We've had a busy preseason here at the Seattle Offside, covering all of the team's offseason news, from the 2011 MLS SuperDraft to even participating as a Sounder myself. So if you missed any of it during the dark and cold winter, go ahead and catch up. Now, whaddya say we get straight to it!

The 2011 Seattle Sounders are a completely re-vamped and re-energized team. You wouldn't think it, as most of the original core is much in tact. But the Sounders were one of the busiest teams in the offseason.

It's a different team than the one that took to the field for the very first time back in 2009. The veterans from last year in Kasey Keller, James Riley, and Blaise Nkufo are all back, though it was announced that it will likely be the last season for Keller and Nkufo. Of course, over the offseason Columbian forward Fredy Montero signed a new contract as a Designated Player. He may not make as much as David Beckham or Thierry Henry, but his impact on the team is an equal if not stronger driving force for this hungry Seattle team.

On the coaches front, this will be Sigi Schmid's third season as Sounders head coach. There is a lot of pressure on Sigi this season, but no one expects more from the team than the gaffer himself. I'll repeat the whole story of how in his third year as coach of the Columbus Crew, Sigi managed the club to their first ever MLS Cup. Can he repeat the success in his third year with the Sounders? Two US Open Cups and two CONCACAF Champions League appearances are good for any expansion team, but the Sounders faithful want it all.

This year will likely be the biggest MLS season we've ever seen. Besides the obvious return of the Cascadia rivalry, there are too many changes heading into the new season to cover completely.

One of the biggest changes has to be with our First Kick opponents LA Galaxy. The Galaxy essentially signed two of the strongest veterans Juan Pablo Angel and Frankie Hejduk for free, but the biggest boost for the team expected to be favorites for the MLS Cup will be having David Beckham for an entire season. After training all winter with Tottenham, the want away star couldn't get away from his final year in MLS. If he's keen on really returning to the EPL, he'll be wanting to leave America with something to show for it.

Teams to Watch:
Houston Dynamo: The Eastern Conference gets upgraded with the addition of the Houston Dynamo. It really doesn't change things that dramatically, but the '06 and '07 back-to-back champions have been hiding under the radar the past couple of seasons. They are definitely capable of pulling off what their Dallas rivals did in a new setting.
DC United: There's only one thing big enough that can return this club to relevance. Charlie Davies is back. Can he save this team? Probably not. But his return to America and Major League Soccer makes things so much more exciting.
Vancouver Whitecaps: This new expansion club became contenders in a fortnight. Well, besides the fact that I am the only one who seems to think so. But signing a true striker as a DP means they actually have a proven strikeforce in Eric Hassli, paired with the speed of former FC Dallas assassin Atiba Harris. Oh and once Omar Salgado is eligible to play? I am expecting them to make a serious late season push for the play-offs.

Here are some other great season previews.
SBN lines them up
WVHool looks at the teams during the preseason and the new jerseys that they will be wearing
MLS Talk makes some bold predictions

Seattle has the best fans in MLS. Of course it's because we are all sophisticated and well-versed in football, but it's also because we are well-informed. Chances are if you are reading this right now, then you probably also read some of these other blogs too. Here are some of my favorite hangouts.

Sounder at Heart - Professional scouting reports, tactics, and up to date news, SAH has it all as one of the best sources of information for all things Sounders
GoSounders - Photos taken by actual professionals, match recaps, tickets, gear, everything! Bookmark this site if you haven't already.
Prost Amerika - This year, the Northwest institution is expanding and going to be covering all of Cascadia. Catch up on more Timbers and Vancouver news that you don't see here at the Offside.
Pitch Invasion - Great insight to the game, and some interesting articles about the history of MLS.
Shin Guardian - USMNT and MLS news, but mostly commentary, with a spattering of international football.
The Offside Rules - Though we share a bit in the name, this blog is great for staying up to date with MLS at large. It's essentially the Hipster Runoff of American soccer. 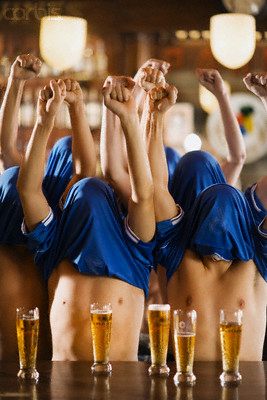 Seattle is the real "Soccer City USA", not just because everyone here loves it and plays it, but also because you can go almost anywhere and catch a game on a TV screen. From West Seattle to the Eastside, you're covered for the season with a great offering of true soccer bars.

I made a list of some of the best soccer bars in Seattle during World Cup at last summer. Check out thepost here, which has a Google map of all them, and then some.

Just to name a few I particularly like. Fado is great for an all-around good experience, with lots of good food and brew. It's got plenty of comfortable seating, great service, and it's also the home base for the Gorilla FC supporters group. Alternatively, if you're up for a more energetic and rambunctious experience, Fuel is another Pioneer Square bar that takes the sports-bar concept to a whole new level. Lots of TV screens, and plenty of booze, go there and join the Emerald City Supporters for a more involved experience. Honestly, anywhere you go you can't really lose.

If you really want to get into the team for your full 90, then this is the year you step it up and sing it out loud for the full 90.

Besides heading for youtube, you can find the words and listen to some of them on the Sounders Fan Chants page (I know! we have a Sounders page!).

The Sounders team website has a number of the songs listed too, and they are fairly simple to learn and pick up.

A song that has kind of became a YNWA-type anthem is the classic Perry Como song "Seattle". I particularly dig this version. It only takes a couple listens before you're whistling along with the tune.

So with that lovely song playing out this post, get ready! Portland Timbers, Vancouver Whitecaps, and the rest of the league, we're coming for you.