Let's get this started.

I guess someone at ESPN is goofing around, because they restricted their preview to being embeddable. Max Bretos is a giant dweeb, but with the new changes to ESPN's MLS broadcasting team, I'm holding out hope that they won't somehow find a way to make it worst than last year (don't count on it). No JP Dellacamera means that our TV boxes will sound like FIFA, with Adrian Healey now making the play-by-play, but if Alexi Lalas is doing the color I might have to blow my face off with 40 oz. sport pops.

Sadly, I am watching the game on the tubes, because I have my last final today and I didn't have time to scalp tickets. So if anyone has extras...

WHAT: MLS FIRST KICK 2011 ITS ON LIKE DONKEY KONG
WHEN: TODAY 6:30 PM
WHERE: QWEST FIELD HOME OF THE BRAVE
WHO: THE HATED LA GALAXY
WHY: Because this will be the most glorious season yet.

Edit - Allen Hopkins reporting that both Juan Pablo Angel and Omar Gonzalez are out, with Donovan Ricketts listed as probable. This just got a lot more interesting.

1. No Zakuani means a number of things. Brad Evans, Michael Tetteh, or Miguel Montano are all ready and waiting. Crossing my fingers though, because we need Zak Attack to burn these old foagies.

2. An Erik Friberg debut is possible with the injury situation. Depending on how Brad Evans is feeling, Friberg could go from playing in front of an 8,000 person home crowd, to a 35,000 person sold-out Qwest Field.

3. Our back 4+Ianni and Keller have had a long time now to play together and work as a unit. This will be an immediate test for them. It's hard to imagine that by losing Edson Buddle, LA's gained even more firepower. Golden Balls, JPA, and Landon Donovan aka Captain America. That's an attacking line-up that would give 90% of European teams nightmares. But our boys in the defense have just as much experience as any of their veterans. It'll be interesting to see who steps as a defensive leader, in case we go up early, or go down early.

Now then. No need for overly dramatic or poetic words here. I believe the following picture does enough to bring out the inner-Ballard viking gods-of-war in us all today. 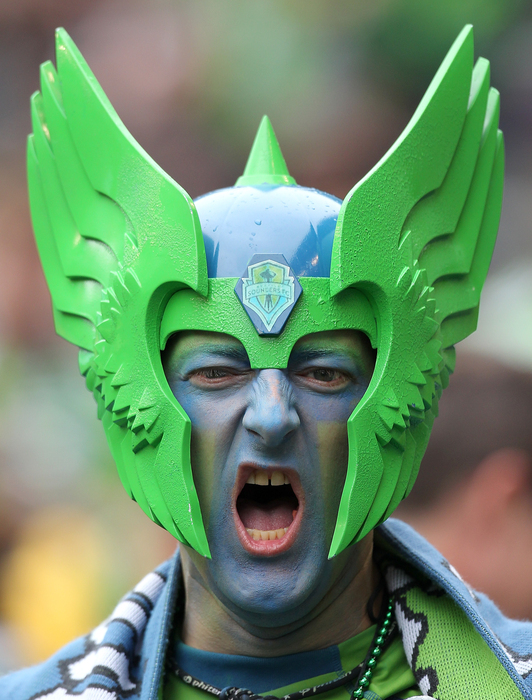