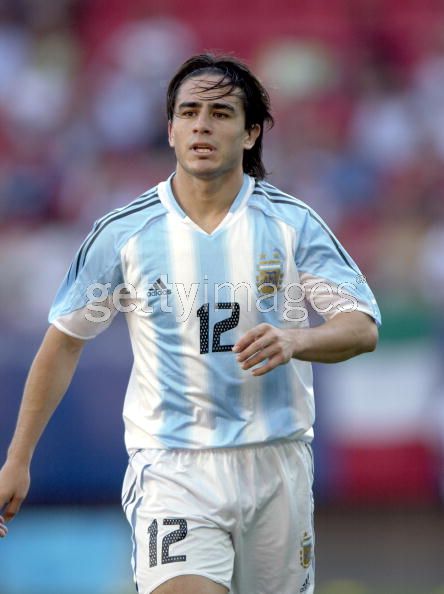 In the same week that the Sounders announced the breakup with its second DP Blaise Nkufo, the team also formally announced the signing of the trialist Mauro Rosales.

Kind of like a poor man's Carlos Tevez, new Sounder Mauro Rosales actually did play alongside Carlos Tevez in the Argentina national side in the 2004 Olympics. In addition to earning 16 caps, Rosales has a few domestic honors with Ajax and River Plate, both very large and prestigious clubs.

We all know that he has been on trial with the Sounders for quite some time now. He officially joined the team in preseason at their final camp in Florida.

However, despite the millions of news updates and tweets of Rosales being officially signed, little seems to be known about the player. So, to find out more I did some googling. And not just typing "mauro rosales mls" into Google and scanning the results. Just for you guys, I stepped it up a level. I typed it into google.com.ar.

For one, of the articles I was reading in Spanish (yes I can read half-assed in Spanish), the majority of the opinions were that the Sounders landed a real gem. In fact, many expect the experienced veteran to take MLS by storm, or more accurately "exploit" the league. I don't know how much of it was the so-called "futbol" writers underestimating the league or if Rosales really is that talented (I said I can read, I can't infer), but generally it seems like we got lucky.

By the sounds of it, it feels like this is the kind of South American player MLS teams actively scout and try to sign, not the other way around. The fact that Rosales had to come to MLS and audition for the Sounders makes me wonder. Why is a player of his rating here in the first place?

For one, injuries. Apparently he has a history of injuries, with a muscle tear in his left leg as recently as last July. The most recent one coincided with the preseason of Argentina's Clausura. A month or two after that, it was revealed that Rosales' club River Plate had offered him around. So at some point his agent told him to try up north in MLS. How he landed at the doorstep of the Sounders and not another club intrigues me, since there are no apparent ties to Argentine football in the club.

Even if Rosales is trying to chase the ghost of his injuries, a healthy Rosales would definitely still be a threat in MLS. Since the Sounders have given him the #10 shirt, it seems like he's ready to be a driving force in our lackluster offense. Can he provide the spark over the likes of Brad Evans and Erik Friberg?

Considering that our last #9 Blaise Nkufo is probably somewhere in Vancouver signing a check with Hanauer's signature on it, let's just hope our new #10 can be at least one goal better than our last DP.