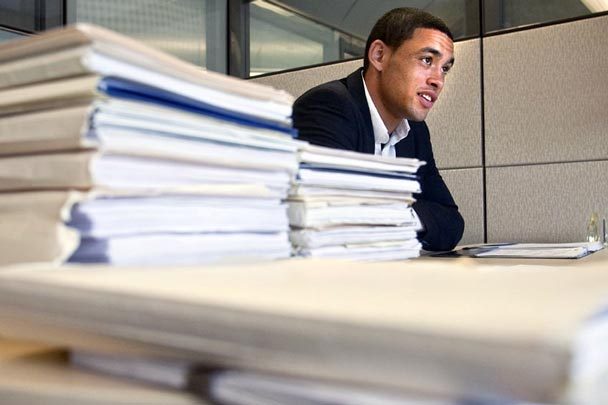 For a shot at MLS, it's hard to put a price on it. Considering that Lamar Neagle was once juggling multiple jobs as an intern at Wells Fargo and a weekend moving company to supplement his meager $20,000 developmental squad annual salary, it just shows how much the league, team, and players like Lamar have grown in a year.

As the club's roster continues to evolve, it was just announced that Sounders draftee Servando Carrasco and trialist Lamar Neagle have just been signed on as Sounders. For both players, these are huge achievements. A couple months ago, Carrasco was barely an unknown at the MLS Combine before Sounders coaches spotted his tenacity. And after a failed trial last year summer, Neagle moved all the way to Finland's IFK Mariehamn to improve his game. For both players to finally land that contract has to be a sweet, sweet feeling.

"This is where I want to be," said Neagle. "From the start, I knew I needed more games to get better, and now I'm ready to make a difference. The biggest difference is my confidence and feeling comfortable on the field, and confidence comes from playing games and playing well."

Even better, the 23 year-old Neagle is a local soccer product. Born in Tacoma, he led Thomas Jefferson High School to the state 4A championship, once scoring 6 goals in a single game. To say that this kid has the spark and ability to make an impact in MLS makes this Washington blogger proud. He's come a long way in two years, going from fighting for minutes in the USL with the Charleston Battery to making his debut against Chelsea in that first summer friendly. Hopefully he'll turn that into a full-time professional debut soon.