For the next couple days, you're going to hear a lot of the words "dominated", "possession", and "frustration", when it comes to the 1-1 draw against Houston on Friday night.

It was an entertaining night. Houston felt the pressure from the first play, and Seattle never stopped taking the game to the visitors. O'Brian White made threatening run after threatening run, but for an entire first half he was unable to do more than that. Tonight, it seemed, Fredy Montero and O'Brian White managed to build some momentum. They helped Seattle to a staggering 26 shots. The fact that the one goal came from neither of the strikers is a little worrisome. At the same time, the fact that we've now scored our first goal, and more importantly earned our first point, is a little more reassuring.

"It wasn’t the prettiest goal, but they all count the same," Zakuani said. "We have that monkey off our back, now we have to keep playing how we’re playing."

That is all I will say for now. I'll be back later with some photos of match action, and a recap of my very interesting personal gameday. 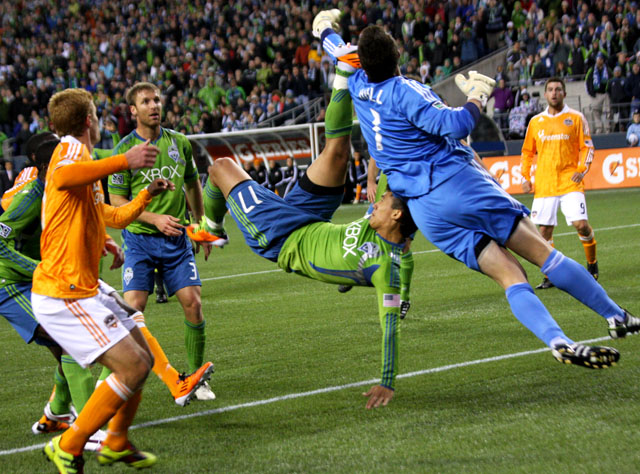