Preseason is not supposed to be this stressful and miserable

Share All sharing options for: Preseason is not supposed to be this stressful and miserable

If you stopped to consider it, our preseason is not going the way we would all like it. Both Mike (Fucito) and Mike (Seamon) are out with injuries. Pat Noonan is injured with a foot injury, getting an MRI scan with Fucito. We've come to find out that our Montero's Montero, Miguel Montano, isn't even signed. Our 5 strikers can't even score one goal. Not to mention we just got whooped by our hated rivals. Yeah, this is probably the worst preseason ever.

Seriously, Sounders fans are not supposed to be growing white chin hairs of chagrin and disillusionment in March. That's supposed to happen in June. This is three months way too early!

So, to distract all of us from our woes and weariness (sigh) and take our minds off injuries and Cascadia Summit, I present to you a little bit of positive sunshine to maybe look a little more optimistic towards the future.

For some reason, I've always wanted a Sounders rap/hip-hop anthem. Shut up. I don't know why, or why rap in general, especially when a post-hardcore/grunge/emo-punk/folk-acoustic anthem would be infinitely more appropriate for a Seattle team. But ever since I saw this video of a San Jose Earthquakes anthem, the part of my brain that registers jealousy and envy went "awww, that's so cute", and then really wanted a catchy song to get hyphy to.

It's probably been like 2 years since I first saw that video. I'll admit it, I love it. A part of me really wants to believe that San Jose's stadium blares that song before games, and all 2,000 people packed into Buckshaw Stadium start thizzing wildly as Bobby Convey teaches Ike Opara how to dougie.

And really, if the Mariners can have a solid hip-hop tribute that evokes the emotions of Seattle's passion and history, so should the Sounders! I mean, the Sounders keep it real, right? I don't see how it couldn't work.

After years of wanting just some sort of catchy Sounders tune that doesn't involve a brass instrument or a kilt, it's come. Straight at you from local MC's... Axiom somethingsomething Flow?... and Invictus? Wait. Who? Whatever, I don't care who it is. I am stoked, and I can't wait to listen! I mean, it's called "Greatest of All Time"! How could this possibly go wrong? 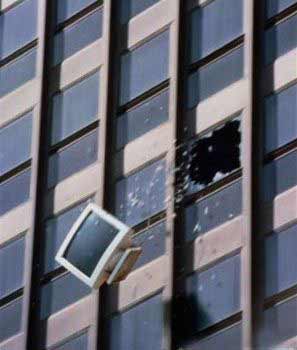