#TheTrialist reportedly close to signing, and Support Your Community

Share All sharing options for: #TheTrialist reportedly close to signing, and Support Your Community 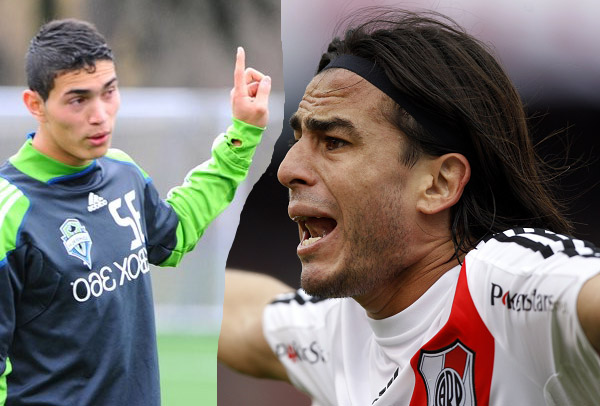 Trialist Mauro Rosales has been in the Sounders preseason camp for a while now, and it seems he is close to joining the ranks of Michael Tetteh and Lamar Neagle as trialists who have impressed enough to earn the right to sign a contract. Reports are that the signing will happen soon.

However, not if Miguel Montano has anything to say about it. Most of it is reportedly speculation right now, as it won't/can't be confirmed until the club make it official due to the status of Rosales as a "discovery option". But it recently came out that Miguel Montano isn't even on the roster right now, and that the club have declined the option to sign him after his one-year loan expired.

What is shocking to me is that though this isn't necessarily a one-for-one trade in terms of dropping Montano and picking up Rosales, the club is certainly making it seem like it. There are still many issues left to be sorted out, from Baudet's failed option (we should at least get some allocation money right from him) to Pat Noonan still being a non-committal. I hate to bring it up, but there are some people proposing we drop Noonan so that we can make space for Montano. And of course, there is the whole backup keeper battle, which after the Vancouver friendly, seems to be taking on a new level of earnestness.

There is also the supposed factor that Montano doesn't particuarly get along with his not-so-fellow Columbian Fredy Montero. Last year when Montero was slumping, it was Montano who was used to light the fire under his butt, particularly in friendlies and Open Cup play. Whether or not they butt heads in person, or it's just a competition thing, Montano's presence is definitely a motivator for Fredy (positive or not) and he is certainly also a crowd favorite. Nevermind the fact that he kinda looks like Ronaldo.

For sure, there are a lot of variables in play, and it isn't a simple boolean yes or no for all of these questions. So while it may be over my head, at the very least Sigi-bot should be whirring away on all the calculations of wage structures, contract extensions, and expired loan options. Especially after his recent hardware upgrade. Expect to be hearing about this in the next couple of days or so, as the final contenders get whittled down and the team takes its final form for First Kick.

In any case, while it is complicated, things aren't as grim as I hinted at in our last post, and I'm in no way disappointed or worried. There are still a few kinks to work out, but this is honestly what the preseason is for. I'd rather we recognize all of our kinks and faults right now than discover we have roster problems mid-way through August. So, at very least I am hopeful of a positive conclusion to our preseason.

Don't forget, the Community Shield match against the Colorado Rapids is tomorrow. Besides the fact that the proceeds go to organizations like the Boys and Girls Club of King County, Special Olympics WA, America Scores, Washington Youth Soccer Association, Washington Global Health Alliance, and other organizations THAT KEEP OUR REGION'S YOUTH SOCCER OPERATING AND FUNCTIONING, the game will also be the return of former Sounders Tyrone Marshall and Sanna Nyassi.

If I wanted to be mean, I wouldn't tell you that the game will be on KONG 6 at 7PM, in case you decide not to attend. Instead I'll just say that only 5,000 tickets have been sold. And that tomorrow, if you decide to go home after work, grab your kids, and just drive out to Qwest Field, you'll most likely be able to get some great seats and catch our boys in action.