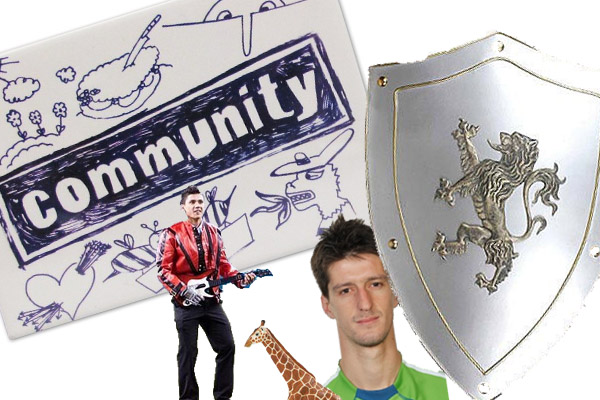 The Seattle Sounders finished their preseason winning. With a winning record that is! A 3-1 win brought to us by El Presidente and capped off with a sweet Montero brace.

1. I am much relieved that the preseason is over. The preseason is always a hungry monster, chomping up all of our healthy players. With Fucito, Seamon, and Noonan the most recent casualties, I'm thankful that no one else has to go through that anymore.

3. Kasey Keller was solid, making many stops on the night. There were several shots that made me nervous, but the Keller just shrugged off shots like a boss. Good. He's ready to play.

Also, random side note. The Sounders have a sideline reporter this year! This could be interesting...

*Edit: News is that Steve Zakuani sustained a hip injury, while Brad Evans is out 1-3 weeks with pulled hammy.

**Edit Edit: Zakuani is going in for an MRI for his hip, eerily similar to Michael Fucito's injury. Is anyone checking their shoes?