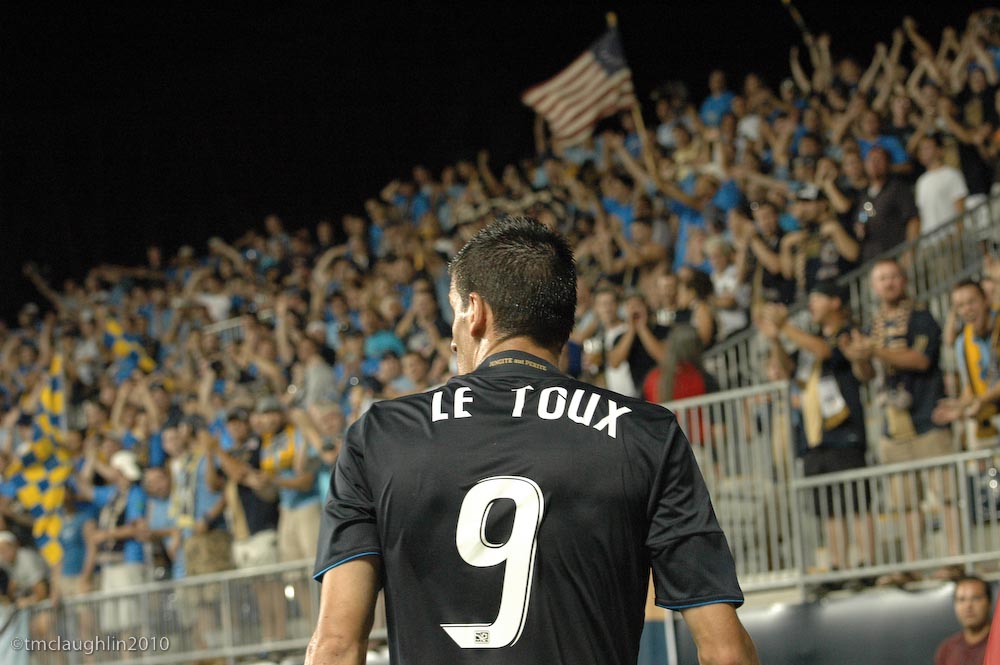 But first, a recap.

A lot can happen in the span of a week. Here's a wrap up of some of the things that happened, and if you were busy like me, some reading to catch up on. C'mon, it's restaurant week. Foods for thoughts.

Sounders Looking for Greener Pastures
There was the announcement this week that the organization is exploring options for installing real grass or upgrading the current field turf. It's true, the field surface at Qwest Field has always been a source of complaints from visitors. It would be nice if we could have some real grass, but considering we'll be sharing with the Seahawks and Huskies next fall, combined with the expected rain and weather, it would more likely end up looking like this. Still, it's good that the FO is looking to reduce the possibility of turf-toe and turf-burn related injuries.

Benny Feilhaber Back in America
The USMNT winger and attacking middie is back in the US, having just signed a contract with MLS. By the rules of MLS drafts (ie gobblydegook of allocation, supplemental, expanion, and college drafts) Chivas USA currently holds the top allocation spot to obtain Feilhaber's rights. According to reports, the Screaming Goats have until Tuesday to make a decision.

Oddly enough, it was towards the end of last season that a similar situation happened with Sal Zizzo, who was also returning from Europe. Zizzo signed with Chivas but then was left unprotected and subsequently picked up by the Trees in the expansion draft. Considering that Feilhaber and Zizzo play almost the same position (though Feilhaber is better) and that Chivas are not really looking for another midfielder, there are a number of possible outcomes. If Chivas don't pick up Feilhaber and pass him on, they retain the number 1 allocation ranking in case another player returns from Europe and declares intent to play in MLS (hinthint, DaMarcus Beasley). Alternatively, they could pick up Feilhaber but then use him to leverage a better deal.

The interesting situation is if Seattle gets involved. There's unsubstantiated rumors (gasp - I would never report them here!) that a deal is in the works. Which for me honestly, would be great. Benny is strong, quick, and a smart attacker. He's good. And his name rhymes with mine. With the extra money we got by dumping Nkufo, a deal now would likely tie us up for the summer transfer window. But, a deal right now would also give us an invigorating spark in our attack.

Servando Carrasco Receives Retroactive Ban
For the first time in a while, the MLS has handed out time-outs. One of the players to get his rear-end spanked was Servando Carrasco, for a foul in the Chicago Fire match. For it, he receives a one match ban and a $500 fine. The ban is a bit stiff, as it's technically half a red card ban for a foul which had no malicious intent and which Carrasco already received a yellow for. Also, it's extremely fishy that MLS revealed the day before the Philly match, and there's been no news of an appeal by any parties. Nevertheless it was dangerous by Servando, and we will miss him against a stubborn Philly midfield.

The fine though, that's a bit silly. $500? For what? So Garber can eat his "miniature hot dogs topped with sesame pickled-red-cabbage slaw". Ew.

Extra Reading
- Seba haunting Sigi in his sleep: Sports Press NW
- Weekend Previews: Soccer365, Soccer By Ives, random Union fan
- Someone forgets to mention that the MLS season is a long one. In economics, we call this 'time value': SounderatHeart
- This was a good month: Prost Amerika