Share All sharing options for: Seattle to Take On Raging Philly Storm

And I don't just mean the streaking leaders of the Eastern Conference. 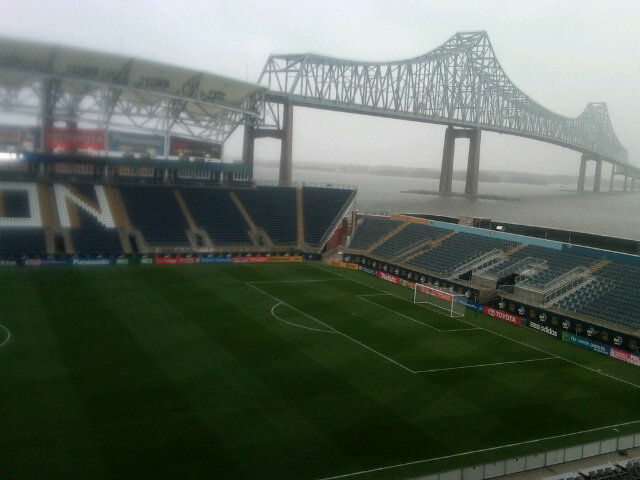 Not much to say here today as I'm getting to this a bit late. So for the few people who stumble in here before game time, here are my quick thoughts.

No Fredy
With Fredy's hand still recovering from surgery and all wrapped up in a cast, it is doubtful that he'll be employed today. That means, the terrible tumbler OBW and our new attacking leader Mauro Rosales. If OBW can link up once more and put the ball in the back of the net, I think that will sufficiently silence the critics and cement his position as our key striker (over Jaqua).

April Showers
Depending on how bad the rain is, it will be interesting to see how the team plays. Philly's wins so far have all been really scrappy and really ugly games. I'm thinking the rain is not going to help.

Sebastien Le Toux
He hasn't scored yet, but as all of us know so well, that doesn't mean he hasn't been working his butt off for his team. His ability to tie in his teammates around him will be dangerous, so I'm hoping Alonso and Co. will have the industry to shut him down. Otherwise guys like Stefani Miglioranzi, Danny Mwanga, and Justin Mapp will have home court advantage.

Sounders to Step Up: Kasey Keller
Philly former-Brothers to Watch Out For: Seba Seba Seba