He wants to visit Santa Claus, and apparently looks just like Alonso

Share All sharing options for: He wants to visit Santa Claus, and apparently looks just like Alonso 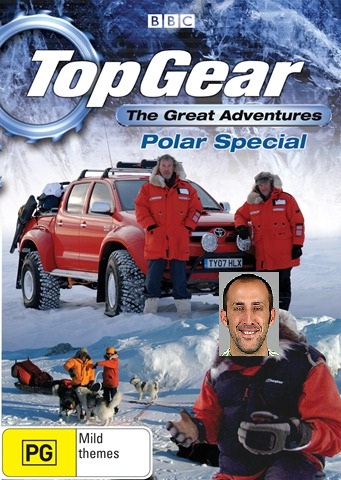 Panayiotis Alexiou, better known to you guys as Peter Vagenas, was originally born in Pasadena, California. From there, he went to school at UCLA a couple miles up the coast, before playing for the LA Galaxy another 2 miles north up the road.

We all know him as the aging veteran that Sigi brought with him to Seattle. Well it seems Pete is continuing his trek north, as the Vancouver Whitecaps have brought him in to audition for the Canadian club.

At this rate, he'll be playing for the Alaskan national soccer team by age 60. Considering that's only a few years away, he might even fulfill his lifelong goal of reaching the north pole. Why? Who knows. Maybe somewhere in that noggin of his, there's some internal magnetic circuitry. The same kind that guides migrating Canadian geese. Oh, that's it! He's a goose!

Oh, and apparently Peter Vagenas is also Osvaldo Alonso, judging by this Canadian news article. Which really explains everything. Like how Alonso has the most tackles so far in MLS. Wicked.