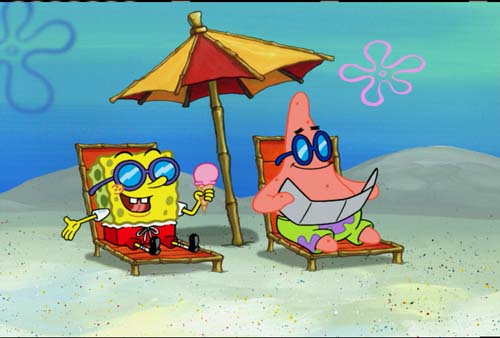 WHO: Really, Salt Lake
WHAT: Decision day for RSL
WHEN: 6PM Saturday KONG
WHERE: Sandy, Utah
WHY: Because one team has to win, another has to lose.

Perspective is a sports fan's most ignored friend.

Yeah, things aren't too good right now for the Sounders. I mean, they're not perfect. Because really, as Seattle-ites we are all ridiculously spoiled. If I have been a paying season ticket holder for (all of) two and a half years, and if this team and organization is going out of its way to piss me off, then I have a right to be justifiably angry.

The biggest (and only) thing I am going to point is that we have only played 13 games. We are not even halfway through the season.

I would like to be able to point out that taking this point in the season is usually a bad indicator for a team's final performance. It definitely feels like it. In actuality, from what I've seen it is only marginal, as both of last year's MLS Cup finalists both were barely above 17 points after 13 games. In 2009 Real Salt Lake also started off poorly and had the same exact points total after the same number of the games as the Sounders currently. They went on to finish the season not much better, barely grabbing onto the 8th place position to qualify for the play-offs, and (of course) win the MLS Cup.

The point is, we all know that inconsistency is the only consistent thing in this league. Especially after last year, we managed to improve upon the rocky start and finish strongly. Deep inside, we all know that it's not the end of the world.

So it doesn't make sense to me why after the last three games some fans are talking about Sigi Schmid the same way they were talking about Carlo Ancelotti two weeks ago.

First of all, and a big one, MLS is not like the EPL. Though I can't say for where it's going, I can say that this has never been like it in the past. So the fact that some people have it in their heads that swinging doors of managers and players (like they do in the EPL) should automatically translate to the MLS (and the Sounders) is just wrong. Not just Sigi, but to call out a lot of people in the club who have been playing in Seattle longer than you were a fan, that's just not right.

Yes, I just played that card. Not at anyone in particular. Really, my argument has nothing to dow with faith or fan loyalty. What I mean is that MLS is not, and should not ever be, some manifestation of *sneer* 'modern football' that demands a trophy or silverware in order for me to have fun. We are not mindless sheeple whores of capitalist marketing, who buy into Rave Green only because we are told we are winners everyday on our Wheaties boxes. The truth is, I like watching the Sounders because I kind of like watching soccer.

I'm not saying anyone who is up in arms right now with Sigi Schmid, Fredy Montero, Nate Jaqua, Sigi's substitutions, Roger Levesque, Alvaro Fernandez, Erik Friberg, everyone but Mike Fucito, etc, etc... that you can't be. You are allowed to be passionate, and allowed to have a stake in the team. But you shouldn't ignore common sense.

It's like the the weather, which like everything else in Seattle ultimately boils down to. The weather in Seattle sucks, you know this. For 3/4 of the year, it rains, it's cold, and the sky only comes in slight shades of grey. And as is usual lately, we sometimes get late springs where it never gets warmer than 57 degrees towards the end of May.

Now in the last two weeks of May of every year, it is guaranteed that you will always, always, hear someone bitching about how cold it is and how the weather feels like it's February, and 'Wait, it's almost summer?', and 'In Alaska it's like 84 degrees right now', and (the best one) 'This summer is going to suck'.

The last one gets me the most, because it's always those same people who say that who come mid-June are the ones out at Houghton beach or Gasworks park BBQ-ing and looking for their 3rd/4th pair of sunglasses saying, 'God I just LOVE Seattle summer sooooo much!'. For some reason, in between looking for your sunglasses, Bumbershoot, and mid-afternoon Sounders games, you forget how 'bleh' the month of May is.

May =\= all of summer. Just as you know not to base two crappy weeks of La Nina weather on the entire summer forecast, you know that there will be soccer games in August. And they're always fun.

So while I do understand the complaints and frustration of the fans who showed up to watch the Sounders disappoint in the rain for the past three weeks, I am still positive because it's only May. And I know to expect more consistency and better results as the weather gets warmer. Even though this weekend is billed as a must win/must lose for both teams (depending on who you root for), I'm not sure that the results of this match-up will entirely define the final outcome.

It would be nice to see Seattle thrash RSL tomorrow with hat-tricks and goals galore, but honestly I would rather just see some smiles back on the faces of some of the players. If good soccer comes first, goals and winning will follow suit. I don't know about everyone else, but I got time. Either way, I'm going to be like Spongbob and go tanning outside (in the partly cloudy, 63 with drizzles Seattle May weather).