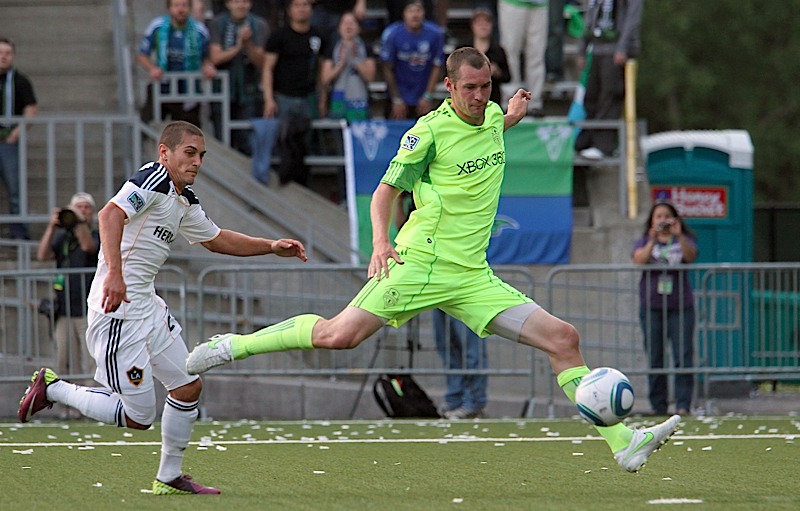 It's all about streaks.

Mr. Open Cup kept the #TrophiesNotFriendlies streak alive and kicking, spreading Seattle's unbeaten stretch to 10 in all competitions. Which is the best yet for the Sounders.

Streaks are signs that things are falling into place. That momentum is building. And proof that we all knew this was coming all along.

Interestingly enough, both LA's and Seattle's streaks started with a loss to FC Dallas.

After the win over Portland, I didn't really feel the need to write a post, because we've all been too busy basking the glory of sealing Portland's inaugural MLS season into the history books of misery. And also, because I don't want this to be a fleeting feeling.

Like I said before, the Sounders are a summer team. At this point in the season we play well, we enjoy the game, and the weather is perfect. The only thing I worry about is that as LA just showed tonight, streaks good and bad are made to be broken. And we are getting pretty close to the point in the summer where it's no longer about finding form and having fun, but about buckling down and keeping your eyes on the prize: the play-offs.

Over the next several weeks, we'll play host to Colorado, Dynamo, an upstart SKC, Chivas, and then finally Dallas. Seeing as Dallas currently have two games in hand and one point in tow, in addition to a cosmically unexplainable streak of success (Brek Shea is an alien, he's out of this world), our form for the games leading up to that pivotal Dallas away match will decide if we can reach the pinnacle of the play-off standing, and much much much more importantly (dare I say it), the Supporter's Shield.

I hate to be the one who yells 'cliff!' when everyone on the bus is partying, but it'll be hard work to keep this form up. Though seriously, the way that Sigi has everyone loving every game as if they don't already get paid for it, it seems impossible to ruin the well-oiled gears running at full power and speed.

Right, well, this could certainly throw a wrench into things.