Roger really IS a (flexible) pirate

Share All sharing options for: Roger really IS a (flexible) pirate

Seriously, no one at King 5's Evening Magazine pay any attention to the massively-bearded skinny guy wearing tiny bright blue 80's booty shorts. Because there could be only one guy in the entire city of Seattle who would fit that description. 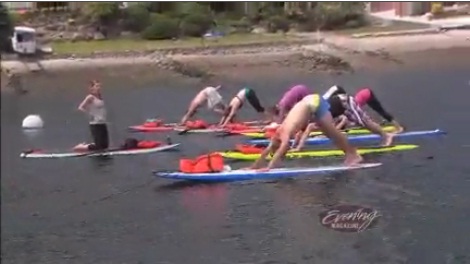 Unfortunately, yoga fiends Nate Jaqua and Taylor Graham used to join him out there, but Roger kept playing bumper boats and splashing them in between poses.