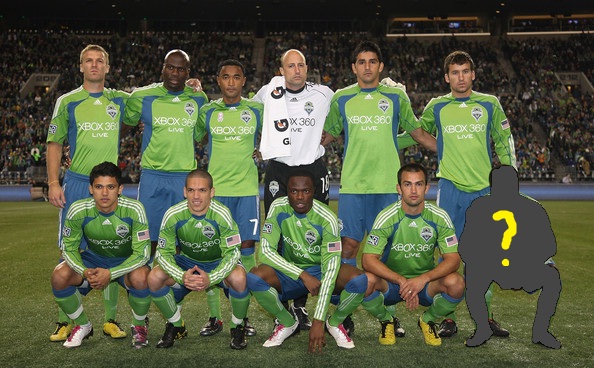 Whew. There, I got that terribly overused cliche out of the way.

Though the silly season hasn't even yet started (the MLS transfer window opens July 15th), it's indeed shaping up to be quite an 'absurd and ridiculous' one, as Dave says over at SAH. It seems there are all kinds of names being thrown around and tied to the Sounders. Djibril Cisse, Lucas Neill, Javi Guerra, and Diego Forlan, plus an infinite supply of relatively unknown trialists. It's too much to handle, and if you've been like me, you've been quietly ignoring most of it.

So with so much hubbub around the upcoming transfer window growing fast, why not be ready? In preparation for it, I figured it is time for another Seattle Offside exclusive scouting report.

Below are 10 names I think the Sounders should seriously look at, as my picks for the upcoming absurd season.

El Copa Oro (for the rightful Mexican holders) is an obvious place to be looking for MLS entrants. But just like any other international tourney, picking a player based on a handful of appearances is a very sensitive thing (Lukas Podolski forever etched into this category). So it's good to see other things other than 'wow golazo'. Reggae Boy Demar Phillips is one of these guys who has more to offer than his spectacular goals. The attacking midfielder currently plays for Aalesunds after failing to impress at Stoke City. He could be seen as a speedy mix between Zakuani and fellow Jamaican O'Brian White, if that makes any sense. His 4 goals in the Gold Cup on a very underwhelming team show that he's hungry to make an impact.

Why the hell not? He's 29, and he's in between minds right now. But I guarantee you, if he came to MLS he would dominate with sheer physicality. These days he's looking more like a mouse than a freight train, but I can definitely see him bringing back that bit of American football attitude to this American soccer league. Adding him to the Seattle roster wouldn't be like adding a defensive anchor. It would be like constructing a giant, immovable rock wall in front of goal.

Now before you say I'm just listing American rejects, think about it. What kind of player can be hyped up, and be a bust, and then be hyped up again, and then be a bust again. A player with lots of potential. The guy has had more career revivals than anyone else in US soccer, and he's only 22, the age where most players haven't even developed a career yet.

Like the video above shows, Adu has shown he's willing to pay his dues by playing for low-glamour teams and in very crappy playing conditions (that 'field' is worse than Seattle turf any day). The one thing I like about him is that he's grown and matured greatly. And he has something that reminds me of a younger and unpolished Messi: spark, confidence, and a I-don't-care-how-big-you-are-or-how-hard-you-hit-I-will-run-you-down attitude. His technique is also now higher than the average level of MLS.

It should be no secret that I greatly admire this guy, but at the same time I feel kind of dirty bringing his name up. But screw whatever Brenton says, I really really like him. He's a mindshattering 17 years old. You should not be tricked by the fact that the rest of the Whitecaps are such a horrible team that they are relying on him to score goals. It's because he really is that good. The Chivas Guadalajara youth product has the same natural instinct that his fellow Chivas youth player Javier Chicharito Hernandez displays. Only he's better, because he's American. As much as I hate that he wears a white Vancouver shirt, I would love nothing more than to poach him from right under Soehn's nose. He's got an incredible future if he can find the same rhythm and work ethic that Chicharito puts in.

Labelled as the next Klaas jan Huntelaar, the former Utrecht Dutch prospect just signed with Sporting CP and will be joining Oguchi Onyewu this summer. I've been following him for quite some time now, but only because of his awesome name. In addition to having the coolest name, he's also got a knack for scoring goals making him more like the next Van Nistelrooy. Last season he netted 20 times and earned his first full-time call-up. He's also only 22 years old as well. Hugely unlikely to make a move to MLS, but he's the kind of model forward I see bringing much needed efficiency and consistency to our team.

The story of a true footballing legend is ending in a sad way, with Ballack being unceremoniously forced out of the national team and now warming the bench of the club of his youth. Yet, the 34 year old still exhibits many of the same characteristics that made him so strong during his prime. He is a true leader, a team playmaker, and the hardest worker you'll ever see. His resume speaks for itself, the only question is if Ballack, the true definition of retiring footballer, is a fit in Seattle. I say he sure as hell is, but that could just be the childhood hero running around in my dreams speaking for me. Nevertheless, he is still DP material for any team in MLS.

While I lust for Dortmund's Japanese wunderkind Shinji Kagawa, who had a once-in-a-liftime season by winning the Bundesliga and is wanted all around the world, I realize that this is supposed to be an 'absurd' transfer wishlist. So if I'm going to pick an Asian player, well then it's quite a 'duh' pick for me. I profiled him way back when as a player of great utility to the Sounders, before we had realized our scoring issues. Oh wait, we still have scoring issues? OK perfect! The Vfl Bochum striker is a natural goal scorer, and the Asian Wayne Rooney. And he also gives me the excuse to link this hilarious video.

With RiBer Plate (get it, they play in the Nacional B? riBer? ¡jajaja!) headed under and likely selling the entire team and the team bus to make up for the costs of relegation, many of River's best players will be available for a fraction of their market values. Or at least closer to their real values than their overly-inflated European counterparts. So since we need a keeper, why not take theirs? If there's one thing the person replacing Kasey Keller has to have, it's huevos. Pelotas. Cojones. Carrizo has them in bulk, judging by his leaping ability. He was also one of the guys who took it the hardest when River went under, so we know he's got loyalty too. He may not be a multi-million dollar De Gea singing, but he's real good.

If you haven't already heard the name of the U-17 captain, then you will be hearing his name a lot more in the future. His strong performance in the U-17 World Cup has already attracted Liverpool, AS Roma, and Tottenham Hotspur. With names like those you'd think he just spent time in the actual World Cup, but the kid who has spent time playing in Germany looks to be among the top in a rising crop of American youth. Let's paint him green and call him ours while we can, eh?

Seriously, am I the only who has thought of this? Put the old boy back in the Sounders shirt, he could win it for us yet! Though he never actually played for the Sounders, the former Seattle coach did feature for the legendary Derby Country side that the decimated English football and left a terrible wake of players whimpering under Gladys' mighty foot. I say throw him in against LA on Monday, and I can bet you we'll all be saying 'we don't need no stinkin' transfer window, we got our own legend'.