Use Your Wand Sigi

Share All sharing options for: Use Your Wand Sigi 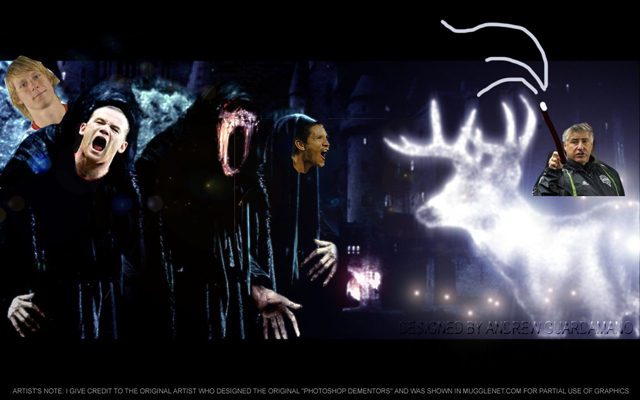 Seattle went out in the miserable heat of Houston, orchestrated entirely by one former Sounder Brian Ching. He single-handedly helped his team to the win, by feeding an assist for the first goal and grabbing a brace for himself. The scoreline would've been much higher had it not been for The Legend Kasey Keller, who bailed out his lazy defense on several occasions.

I said it before, but this game against Houston and the following subsequent two games leading up to Dallas were/are the most important of the season so far. Yesterday's match in Houston, however difficult with the heat and physicality, was a must win game in an effort to secure the Supporter's Shield. And the Sounders blew it. How and why? I'll get back to that in a second. But first, it is important to recognize that the Brek Shea Machine is not slowing down, after having just disposed of Chivas in 102-degree weather. Perhaps in a nod to their true identity, you just cannot burn this Dallas team and they are proving that their run to the MLS Cup was no fluke.

The Sounders are now four points behind on equal games with Dallas. You wouldn't know that by looking at the MajorLeagueSoccerSoccer table (seriously, shouldn't they have that updated already?!). But a better metric would be looking at the points per game, where Dallas is beating Seattle in the efficiency department. Where Seattle ends up being frustrated and unable to find the extra can of whoop-ass and energy, Dallas is doing a better job of taking those hard games and finding that next rung to turn those ties into wins. Yes, TWO wins versus TWO draws is big enough to have a significant impact. Why? Because this is MLS we're playing in, not EPL or La Liga.

So now that we've thrown away our one game in hand over Dallas, from here on out our job only gets tougher. Especially with the added pressure of losing our CCL first leg, the importance of these next two matches against Sporting Kansas City and Chivas USA just skyrocketed. Before we meet up with Dallas in three weeks, they have the luck of playing against LA Galaxy and the 2nd placed Philadelphia Union. Honestly, could you have a better opportunity screaming any louder at you in the face? It's like the soccer gods took some time out to say "Hey guys, these next two games are really important. Don't screw it up." And then they give us the summer heat wave.

Which leads me to the performance left on the field against Houston. I wouldn't call it 'shabby', necessarily. I'd say it was 'disconnected'. It was lethargic. The mental pace of the game was seconds behind the physical pace of Houston's aggressive hip and fore checks. If you watched the CCL game against San Francisco, you could mix up the tapes from both games and you wouldn't know which team we were playing against. Strangely enough, I'd say the Sounders have been playing like this, this weird funk that they are stuck in, for the past 225 minutes. That's two and a half games. Wait, who were we playing against 225 minutes ago. Oh yeah, that's right. That's right at half-time against Manchester United, right before they demolished us and left with the team's dignity and pride.

Now I know there are a few vocal people out there who refuse to believe the friendly had anything to do with the sudden loss of momentum and form. Sure, if you refuse to think a 7-0 thrashing has absolutely no effect on a team's morale, then maybe you have what it takes to be a manager in MLS. But that's not normal. You wouldn't be normal. It's not normal to be flying as high as you can for 6 weeks, then get blitzed back into the 80's of American soccer, and still attempt to play with the same conviction and confidence.

This was obvious if you were watching Seattle's collective effort, as you would've seen the soul and confidence-sucking dementors running around kicking soccer balls and wearing bright orange. As the game dragged on, the dementors tried to break the Sounders down by sucking the life out of the game with their physicality. Alvaro was playing angry, our defense eventually just stopped trying, and Friberg still looked lost (again). It seemed there was no way to fight back, as Houston's kiss of death came in the 70th minute as Ching iced the game and the veins of Sigi Schmid.

Just like playing funks, dementors are just a temporary nuisance until you use the right spell to push them away. It seems odd how quickly this team can go from hunting a good spell to finding a new one to prevent a bad spell from taking hold. But, that's what happens when you play mid-season friendlies right before the toughest part of the entire season.

Right now, it's up to Sigi Schmid to figure out how to snap these guys out of this weird funk, and put them back on track where we were merely two weeks ago. If we can grind out three wins (2 MLS, 1 CCL), we'll be cheery and rosy, and the fixture against Dallas will play itself. In all, the Sounders are excellently placed when it comes to the playoffs, but incredible focus and concentration will be required.

It took Harry Potter months to master the Expecto Patronum spell, which wards off dementors. Sigi's been in this league long enough to know that these spirits creep up on a team when they least expect. Personally, I'm just curious to see the form that Sigi's patronus takes.

I bet it's a honey badger.