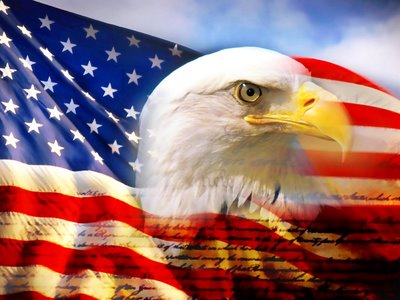 WHO: Los Angeles Galaxy
WHAT: Fourth of July, LA Away
WHEN: 7:30PM
WHERE: Home Depot Center, ESPN2
WHY: Best of the West

This will be an abbreviated preview for today's match because it's a pretty straightforward match. Seattle and LA are the best in the MLS Western Conference, with the exception of Dallas who really shouldn't be where they are. Seattle currently trail the leaders LA by 4 points with both teams on 19 games.

For me, it's all about everything finally coming together, and being able to prove it. This is the test that the past few games have led up to. After grinding out some wins, getting some solid performances in, and then finally finding the scoring touch against New York and New England, the team now has the chance to buck up and prove their mettle against our nemesis.

In a way, the LA Galaxy are the only team in MLS that we truly fear. In 2009, they were a team that Sigi somewhat knew, but today they are a very different, but still very intimidating team. Our past record against them reflects it, and our inability to get over the mental block culminated in last year's play-off loss.

One thing we'll have going our way is that their third choice keeper will be tasked with protecting a home goal. Backup backup Brian Perk has been scrambling to get fit, after the Gods of MLS (the referees) played their hand and forced Mike Magee into MLS lore. The midfielder made some incredible saves to keep out the SJ Quakes, so he might yet be able to fill in should Perk have any issues. Maybe then we could show San Jose how to score on a 5'9'' midfielder. In any case, Perk recently featured in the latest round of the USOC, where he gave up a goal against the Los Angeles Blues in a 2-1 win.

For the Sounders, it's going to be about these guys, because there just isn't too much that either manager can do tactically to gain an upper hand. Mauro Rosales is the quiet, thinking head of the Sounders oiled machine, but he'll be competing against Captain America Landon Donovan, who drives a much better machine with LA's outfit.

It's kind of like two different cars. The Galaxy are a shiny and brand new speedy roadster, Juan Pablo Angel is the sharp tip that breaks the wind, Juninho provides the grip and traction, and Omar Gonzalez is the anchor to the reinforced rear end. Donovan then would be the heart of the vehicle, the engine.

The Sounders on the other hand kind of resemble my car. Parts from many different vehicles (Alvaro and Friberg), not all necessarily aligned (Brad Evans), but every part is performance and purpose built (Montero and Fucito). Individually they aren't the best, but put together and running in sync, they could easily outpace and beat LA today.

The key then would be to find their weak spot, because every monster has a weak spot. In this case, we have MLS referee's to thank for giving us the opportunity to face their greenhorn keeper. If we can stay at him with the same urgency we had against NYRB and put shots on frame, we will see some fireworks for sure. 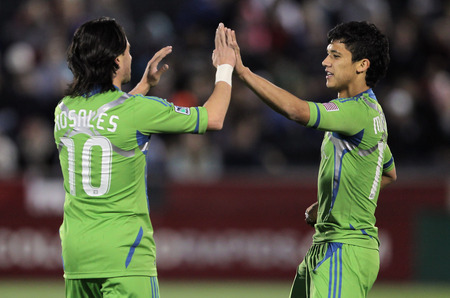 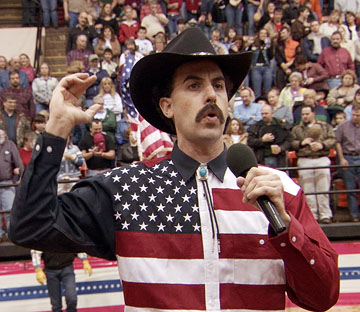 So Happy 4th of July, stay safe, and let's show America who the best in the West truly are.