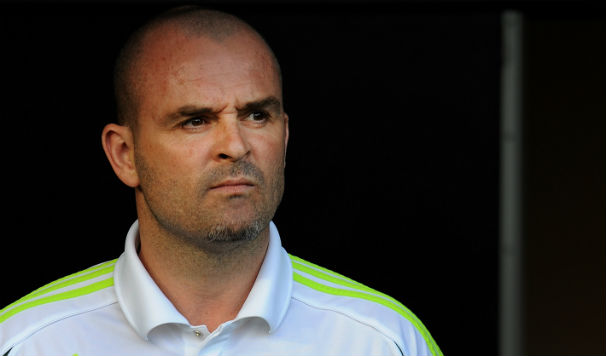 "There’s no hiding place when you’re out there. The place is going to be jam packed. They’re going to come down very confident in themselves that it’s the right time to play us, but I think, as I have said before, these derby games, if you’ve been involved in them.

Over the years I have been and the form book goes out the window. Sometimes the games just go on pure adrenaline. Somebody steps up and does the unbelievable like Darlington did this weekend. It’s possible. We have the players that can do that at any given time." John Spencer - Prost

Which is exactly why it is also Portland's greatest weapon. Perhaps only weapon.

As soccer fans, most of us don't like to be the favored side. We'd rather be the underdog. It's a basic part of human nature. It's called loss aversion. Simply put, the Portland Timbers have exponentially more to gain on Sunday than the Sounders stand to lose. And the biggest threat that the Portland Timbers can present to the Sounders is just to simply acknowledge this.

Which is why John Spencer is the one wielding the axe. In the same way that knowledge is power, giving a team of underdogs hope free-of-charge is equivalent to adding a $10 million dollar DP signing the night before. It's a license to take risk. To be reckless. To throw out the form book. To play with panache.

In a successful inaugural season off the pitch, the success of Portland's season on the field will be measured by what happens on Sunday. It is hands down the most important game of the 2011 season to them. Because without a shot at the Open Cup, with no hopes of making the play-offs, and no Champions League to look forward to, three points against our team would make them feel special.

In Spencer's mind, the biggest advantage the Timbers have on paper is that they have more to win. What he doesn't realize is that having more to win doesn't necessarily equate to wanting to win. It just means you have low expectations.

Little does the Rose City know, we actually want this win. And not just for ourselves. So you can go ahead and add this category to the list of all the rest of Seattle's advantages over the Timbers: hunger.