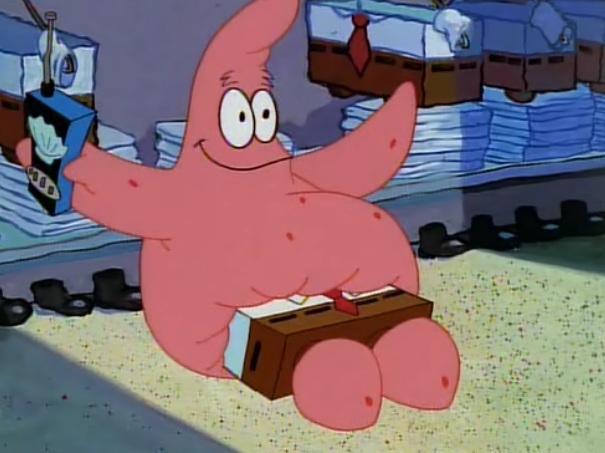 Depending on how prone you are to anxiety attacks or paranoia, right now is either an insane moment or a reassuring one. The Big Boss came out and said this today, via the Times.

"We’re working frantically. These things, especially when you’ve got your eyes set on a specific target or two, they get really hairy and complicated, and it’s been no different. We’re working hard on it, but again we’re not going to be desperate and stupid. If we’re unable to nab our target or targets, we’re going to have to live with the consequences." - Adrian

Now, I'll approach this from the cautious angle first.

It's been mentioned before that the team are looking for a mid-season buy, and it seems like they've been working very hard to make sure they find the right fit. This season alone, it seems they've had so many trialists in camp and in reserve games, that I am starting to lose track. Cillian Sheridan, Mrisho Ngassa, John Rooney, and even a new kid Barrera featured in yesterday's reserve loss in Vancouver. I know I am forgetting to mention the 100+ other names, but it seems like the scouts are doing their jobs.

To have this many trialists come in and out is a good thing. I repeat, this is normal behavior for a team even when they aren't actively looking to purchase. It's like when you get dragged to the mall by your girlfriend who needs to buy a pair of flip flops, and before you know it you're in the changing room trying on three pairs of pants. It's not that you need pants at that moment, but you never know. What if you try on a pair, and they are the perfect pair. Finding the perfect pair of slacks, shorts, jeans, whatever, it's like a once in a year event. It's rare that you do, but when you do, you just have to get it. So when you find that your window shopping has turned into "oh heck, I'll try them on", it's a natural tendency to make sure you don't miss out on a great bargain.

Now I must admit, Adrian and Co. are handling this extremely well. They've been very hush-hush, revealing very little, even through the Prince Tagoe and Lucas Neil rumor episodes. It seemed like something tangible was there, but fans and journalists alike were left with very little conclusive to go off of, other than "we are working frantically to find the prefect signing". Now, if you've been following the transfer madness of per-season European leagues, you'll know that leaking and pre-leaking and tapping up and withholding information, etc, all of that is part of the dance. Clubs and agents flirt, often publicly. So fans are used to that.

But there's more to Adrian's secrecy. First, I'm inclined to believe it's because he's learned the hard way. After our first two DP signings ended in huge failures, any mentions of names like Diego Forlan or Lucas Neil will immediately spark judgment. So unless it's a done deal, don't say anything. The other part of that is the effect on the team. Saying you're going after a marquee defender or the best up and coming striker is unsettling to the players in that position, no matter what. So the secrecy is also somewhat shielding even the players from fully knowing what's going on.

Now, I don't know if Adrian and the technical staff work with Sigi and coaching staff. It could very well be that Adrian does all the scouting work without talking to Sigi, and then brings these guys to camp for a week, and that's essentially when they get handed over to Sigi and he gets his time to look. The other more likely possibility is that they work together, sharing their opinions on the team's needs and weaknesses. If that's the case, then I don't know how much Sigi passes on to the first team.

This leads me to the other side of this whole thing.

A wise person, who most likely learned this through many lessons, once said: "if it ain't broke, don't fix it".

It's pretty clear to me that this Sounders team is currently playing their best game, better than we've seen before. And, in my opinion, they still have yet to top out. Now, would you want to throw into this perfectly functioning unit, another guy like Freddie Ljungberg or Blaise Nkufo? I'll let you decide that one.

The chances of signing the right player are lower than your worst batting percentage. Very rarely do you sign a home run, and when you do it's because of lots of hard work put into the preparation. Still, the chance that you strike out is considerably greater, given our track record, the small amount of money we have to offer, our geographic location, the league we play in, on and on...

If you stop to think that Mauro Rosales was a trialist in our preseason camp, and that he trialied at multiple clubs before landing in Seattle, we were extremely lucky to get his signature and get the returns we've had from him. It's true, he's rejuvenated this team. But finding another player better than what Rosales has to offer at the price we paid, I'm not holding my breath. Until genetic engineering allows his to combine him with Osvaldo Alonso, I don't think we'll find a better deal.

Scroll up to the top of this post, and you'll see my point. Besides looking silly dressed as Patrick Starpants, Adrian is doing a sensitive balancing act right now by trying to add a player in the middle of the season. And the big question is, do we really need it? This is Sigi's third year in Seattle, his magic number. He's just notched 150 wins in MLS, and he has a bench he can count on in Brad Evans, Nate Jaqua, and Pat Ianni. You and I may not necessarily agree, but it's Sigi's team. If he thinks this current team couldn't cut it to make it to the MLS Cup, then I think he would've acted by now and we'd have a blockbuster DP.

Signings don't equal an easier trophy. If you believe that, Fernando Torres would like a word with you. Or David Beckham, or Thierry Henry, or Juan Pablo Angel. In this league, what wins trophies is grit and dirt and heart. Like Colorado, or Columbus, or Salt Lake. I've seen enough of those three things in the likes of Alvaro Fernandez, Fredy Montero, and Mauro Rosales, along with the rest of the team, to believe we don't need to splash the cash just so that Sigi can continue tinkering. He's got everything he needs.

Unless of course if you disagree with me. If you can think of any glaring weaknesses we can address by signing Mr. Whootypants, then let me know.