We're so good, it's freakin insane!

Share All sharing options for: We're so good, it's freakin insane!

After waiting 12 hours, I thought my initial reaction to today's 6-2 win would've changed. At least been slightly subdued as the euphoria wears away. But, nope. It's still just as freaking epic as it was when I was there at Century Link Field cheering the win.

So where to begin? First off, who now can say they don't love summer MLS games? I think it's pretty much obvious that today's game was the single best performance I've ever seen from the Sounders, ever. Like, on the scale of awesomeness and fun, this was at the top.

Very rarely do you ever get to witness a team at the height of their game. That spiritual peak when everyone in the stadium knows exactly the same thing as everyone on the field. It was complete and utter destruction. From the very moment the whistle blew at the start of the game, the Eastern Conference leaders were being chased with their tails between their legs.

Seriously, by the end of the game, if it had gone on for another 10-20 minutes, I would've expected yet another goal. 7 or 8 goals seemed probable, even likely. It was like the Crew wasn't even enough of real challenge.

Lamar Neagle is going to remember this game for the rest of his life. He recorded a superlative hat-trick. Every single goal was incredibly beautiful, and by themselves would've given Neagle the Man of the Match award he deserved. The first was a steamroller effort, where he willed the ball in with determination. His second goal was a masterful volley with the inside of his foot, with elegant touch and control. And of course, the goal that completed the trio was a driving run and a nasty bullet from outside the box that pinged in under the crossbar. I wish I could paint these goals with a more deserving description, but I can't.

I feel like most of us want to just shout out, "where the hell did this kid come from?", but we already know. Federal Way. More importantly, we all have kind of been watching his slow but steady rise. And even during the game, by the 80th minute, you could see the swagger emanating from him. He was charging at defenders with stepovers and tricks and shouting for the ball to played to him. It was like at that moment, his transformation was complete. Lamar Neagle assumed his final form, and it was a sight to behold.

Another pleasing performance was Mike Fucito. For him, he's finding it difficult to transfer his success in other competitions into consistency in the league. His goal today was a good step in getting that level of comfort as Seattle's number #1 choice forward. It was also classic Fucito. Mauro Rosales was working in a ball and dinked it into the path of the keeper. It looked harmless enough, and because of it the play all around the box slowed down as Hesmer moved out to collect it. And then, out of nowhere, literally nowhere, Mike Fucito zooms out like an interceptor missile and steals the ball from Hesmer's outreached hands. In the blink of an eye, feisty Fucito's doggedness produced Seattle's 4th goal. 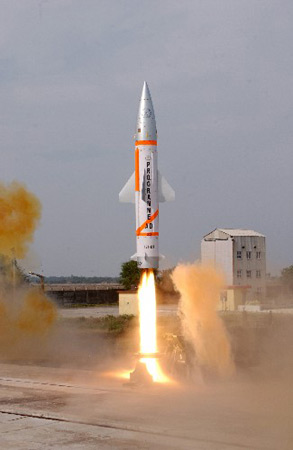 Now, not to take away anything from the team's performance, but when the jumbotron screen announced the opposing team's roster, they should have just left it blank. In what was arguably the league's best display of offense from the Sounders, the Columbus Crew produced probably the most appalling defensive performance of the season. Some weird calls from Baldomero Toledo both helped and detracted, but in the end he canceled himself out. So ultimately, the lone C-Bus fan in section 125 has no one to blame but his team.

To round it out, a quote from Lamar:

(Ever been on a team with so many scoring option?) "Not really. No. It's always been those one or two guys that bang in a lot of goals. This is great because who do they mark? On any given day we have people who step up and it's been like that all season with the depth that we have. We have players who can rotate in and out without (skipping) a beat."