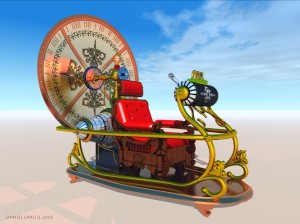 Oh that noise would be the time machine I just stepped out of. It's cooling down. While you all were enjoying the sun, hydroplanes, and Blue Angels of Seafair, I was going back to the very beginning of 2011/end of 2010 (which was so unthinkably long ago) of the offseason. Why you ask? Well why not!

Actually, the time machine I used was the little link up above that points to the previous post on this blog. And because I am a totally narcissistic blogger, I hadn't realized that it was nearly December of 2010 before I stopped clicking. And it's just as, if not more, hilariously amusing as busting out that old high school yearbook (oh god he had a mustache back then! how did I never notice!?).

While doing so though, it did make me think about the naive and innocent world view my 8-10 month younger self. I mean, back then, the United States still had a AAA rating, I hadn't yet turned into a complete Twitter whore, and Voldemort was still manager of the US Men's Team. Now we have this guy. Even more so, I realized as I flipped through my internet history I had different expectations for the world.

Like for one, I definitely did not expect the Sounders to be sitting 3rd in the league. Though it may not seem that much, for the team to be 7 points adrift of the top and 1 point away from second place is pretty crazy. Though we only have two years of underwhelming history in MLS behind us, I wholeheartedly expected the Sounders to be sitting at the bottom of play-off contention.

Which leads me to ask, doesn't this all feel like we're currently playing a little bit too well? I mean at this point, we're supposed to be slumping, or our DP's are supposed to be flirting behind our backs. I mean, it feels like I'm being too good of a boyfriend and not really having to work for it.

I mean there's no question, I am an excellent partner. I travel long distances to show my support, I provide plenty of moral backup when conflict arises ('yeah it wasn't your fault baby, that ref was a TOTAL asshole'), and I don't embarrass us in public that much when I get drunk and sing songs (though better than those other guys at the karaoke bar).

But I guess when you're keeping score, it's the little things that count. And, to be honest I've kind of been slacking in that department. Seriously, I haven't accomplished ANY of the things on my list of resolutions for the new season. NONE. I've even bought $10 beer at the stadium knowing I was getting swindled. Talk about not holding up on my end of things. Though I did finally get to eat a Sounders burger. But that sort of self-indulgence doesn't count. That's like staying up all night playing Call of Duty while they're out for 'girl's night'. Too easy.

Romantic relationship metaphor aside, the team has gone through a lot. Since last year, we lost a key defender in Tyrone Marshall. Since the draft, we're only 1 for 8 in terms of draft picks, not to mention watching names like Will Bruin, Perry Kitchen, Michael Farfan blossom has been extremely hard but still a joy to watch (I know what you're going to say - but we still have the guy who's dating Alex Morgan, so we win).

The point I'm trying to get at is that a lot of things have happened over the past 8-10 months that changed my original expectations. Some bad things, like losing Steve Zakuani, but a lot of good things too. Like picking up Erik Friberg, and arguably MLS Newcomer of the Year and the original #theTrialist, Mauro Rosales. And the emergence of local heroes like Lamar Neagle and Roger Levesque. So with so much change, most of it positive, it's like this is an entirely different team in front of us. And this team is honestly much better than the 8-10 months-ago team we had in preseason.

I think that's why my expectations for where this team is going has changed to where it is today. I definitely think this team could be fighting for the Supporter's Shield, with a few minor tweaks and details to iron out. And I definitely think this team is capable of a moving past the CCL group stage. Heck, right now, the Sounders are still in contention for all five trophies, if you count the Club World Cup. If you'd have told me that 8-10 months ago, I would have questioned your optimism.

So the big question is how does the team currently compare to what you thought before the season started?

If you ask me, I think we've improved dramatically. We've realized some of the lost potential, especially from last year, and the addition of some key players like Alvaro and Rosales seem to have unlocked a new level of efficiency and performance. Compared to where we were when we lost to Portland and Vancouver in the Cascadia Summit, I'd say we're doing much better than originally forecasted.

What do you think? How are the Sounders doing compared to your initial predictions before the season started?

Are the Sounders where you thought they would be 6 months ago?