Why I'm Not Watching This Year's Draft (Sigi, the Barber of Seattle)

Share All sharing options for: Why I'm Not Watching This Year's Draft (Sigi, the Barber of Seattle)

Besides the fact that I've been absent most of the this offseason, I haven't really been that eager to follow all of this year's SuperDraft hubbub. 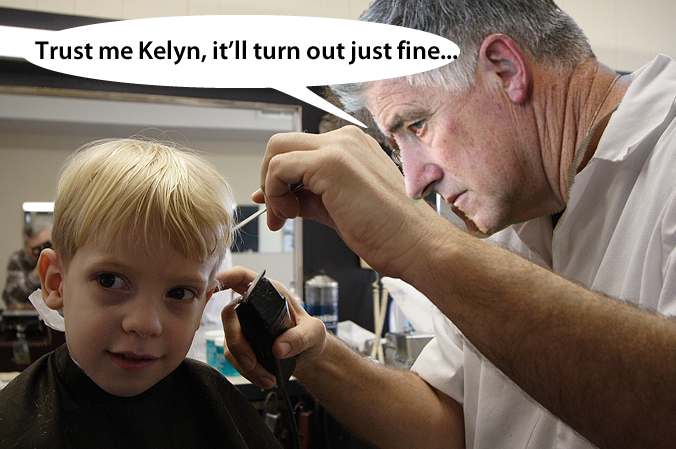 The way I see it is like this: there are two ways to truly enjoy a draft, one - you actively scout and monitor all of the Generation Adidas signings, pre and re-rank all of the MLS Combine prospects, and wait with abated breath as each draft pick is announced on January 12th. Or two - just ignore all of it and wait until the second month of the season to see what actually happened.

Part of it is because, as I learned the hard way after doing number one for the past three years, the MLS SuperDraft is a giant crapshoot. The other smaller part, mostly due to my ignorance in not following as intently this year, is that this year's crop just seems less exciting.

First, you have to admit that the Draft for MLS is nothing comparable to a draft in say, the NBA. It's kind of obvious, that really, outside of maybe the the top two picks, you could pretty much rearrange any of the other picks from pick #3 all the way to pick #54 at random, and still end up with the same distribution of talent per team. Why is that? Well because Akron can only provide a finite number of 'prospects' per year. At the same time, talent in the MLS prospect pool comes from the US college population. That's changing at the moment, with stronger pro/youth academies helping the transition of the current 19-year-old "I wanna be the next Wayne Rooney" clones, but historically, real youth prospects just sucked. Face it, it's true. Don't make me drop names *cough* Nik Besagno *cough*.

There was a time when the SuperDraft was just a doorway into MLS, and it served it's purpose in the early days with number #1 picks like Chris Carrieri (2001) and Chris Gbandi (2002) serving average MLS careers. But then with MLS set on a path for being the Premier soccer league of America, there was an obsession with finding the Michael Jordan of MLS, a star capable of filling in at the same scale. Cue the years of the Freddy Adu's, Nik Besagno's, and Luis Gil's. That attitude is slowly dying out among teams, but I think that attitude still permeates within the media *cough* Ives *cough*.

That's not to say that you can't be a reasonable observer or scout and separate the cream from the crap. Certain people are very good that, and it can be very fun and rewarding. However, not when you are a Sounders fan.

For some strange reason, January is the month where Sigi Schmid, head honcho and self-accredited professor of Seattle Soccer Scouting Club, chooses to wax his crystal ball, imbibe in mystic tea leaf reading, and run around naked and drunk in the woods of the Mt. Baker National Forest throwing darts at trees attached to rosters of each of the University of California public schools' men's soccer teams. I think Ezra Hendrickson occasionally rotates them with rosters of other schools based on conference and cycle of the moon.

Because, this is the only logical explanation for Sigi's draft record. Sure, he's made some good picks which would make you think he's got a pretty good record. Actually, over the years it's been more like 50-50. Sure, we landed Steve Zakuani, Mike Fucito, and some utility players. But do names like Jared Karkas, Jamel Wallace, and Alex Caskey ring any bells?

The point is, no matter how much homework you do as a fan, and how many names you do your research on, it's all moot. There are just too many constraints within a draft (draft position, trades, allocation money, pre-signed MLS contract players, international slots) that throw a wrench of randomness into the draft order. With someone like Sigi, who can't parallel compute anything other than a 4-1-3-1-1, I've given up trying to predict our team moves.

So that's why this year, I've realized that while I am likely missing out on catching a few diamonds in the rough with this year's crop, it's just easier on me if I ignore it. Because half the joy of the draft is seeing if your picks and predictions actually pan out. Regardless on whether or not they end up in your team, watching players like Perry Kitchen, Zarek Valentin, and AJ Soares reveal themselves is just as fun. The surprises of watching someone like Mike Fucito take your breath away, all the way from the 4th round of the draft, someone like Lamar Neagle, a living, breathing example of perseverance, and the tenacity of someone like Servando Carrasco fighting for his spot starting out as an unknown, make you realize how stupid draft order is and how important cultivating the right player is.

Which, thankfully, Sigi seems to be good at.

It's like having your best friend in college giving you a haircut. You have no idea how it's going to turn out, you don't even know if you trust him. You just blindly submit, because you're broke and have no choice, and somehow, it turns out not that bad. Sigi Schmid is my best friend giving me a haircut. I just can't see what he did behind me, or understand what he saw from his perspective. I can only see him squinting with the shearers, and what it looks like from the front.

In this weird way, it's just easier to give up and say "OK Sigi, do whatever you want!", cause no matter how bad it looks now, it'll grow out in a month or two and then everythings's just back to normal. And it's like the SuperDraft never really mattered to begin with.