As his last post noted, Denny has become busy in his real life. So while he has now moved on to pursue bigger and better things, he has left the blog to Eric and I. As a brief introduction, I thought I'd tell you why I wanted the job. So without further ado... 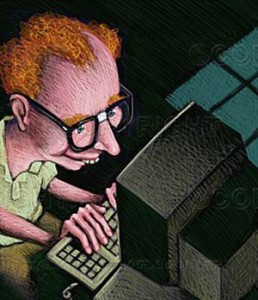 Until the Sounders arrived in Seattle, being a fan of soccer was an often solitary pursuit for me. Weekends would find me rising early to watch a satellite broadcast of the EPL. On weekdays you could find me glued to a computer where I would search foreign newspapers for the latest news and rumors. Unfortunately, even though I lived in the United States, there was very little information on our own domestic league.

Sure there was an occasional game recap--some newspapers might even include a preview--but I was used to the crazy information-overload associated with European football. I was used to emotional editorials lamenting the failed tactics of a manager, transfer rumors sending every new starlet to Real Madrid or Chelsea, and even reports on the antics of footballers with more money than sense.

Coverage of MLS through traditional media channels was lacking something—and I believe it was passion. Eventually I found that passion in the blogs written by everyday fans that were only interested in sharing their love of the game. And to be honest, my first introduction to such writing was on the The Offside. It was here, through the writing of MLS supporters, that I really started to learn about the league. Although I could still only catch an occasional game on television, I now knew about the teams, players, and coaches—which made the games much more interesting. When they announced Seattle was getting a team, I was ready to embrace it with open arms.

So when I heard there was an opportunity to contribute to The Offside, I jumped at the opportunity. The Offside has always had a rather unique voice. Although writers at The Offside can discuss tactics with best of them, much of its coverage has always had a tongue-in-cheek quality. Although we will not be providing the gratuitous male nudity that Laurie provided, we hope to continue that tradition. Additionally, because Eric and I are both avid readers of other Sounders blogs, our goal is to add to the existing coverage without duplicating it.

As the hand-off has happened rather quickly, Eric and I are still organizing our process. So please bear with us as we attempt to find our voice. Our only hope is that, after a brief transition, you come will enjoy our contribution to the rich tradition of American soccer blogs.