Bow before your new king (of Cascadia)

Share All sharing options for: Bow before your new king (of Cascadia) 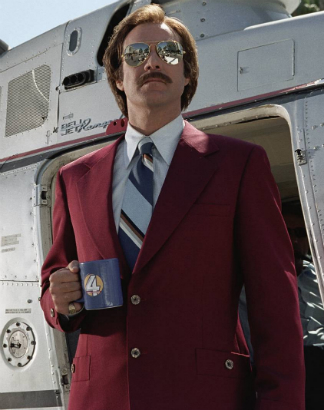 Hi there devoted Sounders, my name is Eric. And like all in-demand people, I have arrived fashionably late. Jason has already introduced himself, but clearly you've all been waiting for my own tell-all . I appreciate your patience, so I will humor each of you with some of the most intimate details I can muster:

*Yes, the level of sarcasm is thick in this article. Don't get used to it. I don't think I'll be able to keep it up.

Now for the serious stuff. As Jason alluded to, both he and I are to try to add to the current Sounders information flow by creating original material. Which, between Prost, Sounder at Heart, the Seattle Times, and other sources, is not a simple task. Since I spent about ten years only going to the occasional USL Sounders match and generally not noticing The Beautiful Game, Jason is definitely going to be the go-to-guy for tactics for the time being (though I'm trying hard to catch up in that regard). You'll see me around the other fantastic Sounders communities under the name AgentJ.

The Sounders mean a tremendous amount to me. I bought season tickets that first year almost on a whim, but that first night could only be described as a life-changer. I wasn't even born by the time the NASL folded, but it was clear from the beginning of the inaugural March to the Match that this was going to be something different. Something amazing. Since then, there have been so many moments that stand out to me. Montero v Wicks, Decades of Dominance, Neagle's hat trick, my first away match (LA, 2010), The Cascadia Summit, The Open Cup victory against Columbus, Alonso vs the World, And most recently, watching our team raise the Cascadia Cup at Empire Field. There's been some shit moments as well, but if I cared about losses, I'd have stopped paying attention to the Mariners long ago. Win or lose, I'm Sounders 'til I Die.

I'm also Cascadia before Club. So while there will be no one cheering harder at our four away Cascadia matches this year, I'd much sooner root for Portland or Vancouver than I would the Galaxy or Red Bulls. And even then, I care about MLS as a whole far more than I ever have for Major League Baseball, the National football League, or (lol) the NBA.

Jason and I are going to do our absolute best to make The Offside a worthy entry in the excellent blogosphere surrounding the Rave Green. If we can become relevant in the eyes of the other 37,599 fans that attend each week, and the thousands tuning in on television, we'll have achieved our goal.