Sounders season-ticket holders are being asked to vote for their favorite of four scarf designs.

Democracy in sports, y'all! Thanks to the Alliance Council, Sounders season ticket holders now have the opportunity to vote on the design for the scarf that will be distributed to STH's in 2013. This was originally conceived as a chance for the fans to design scarves and use a contest to decide the winner, but scheduling constraints led to a compromise in which the team's designers would come up with 4 alternatives and let the fans vote on the winner.

The four choices include a primarily blue number reminiscent of the 2010 scarf, but with a white striped back; a primarily green scarf (on both sides) with white and blue accents; a green and black (shale) similar to 2012 but heavier on the shale; and a green and white with multicolored stripes into the fringe. 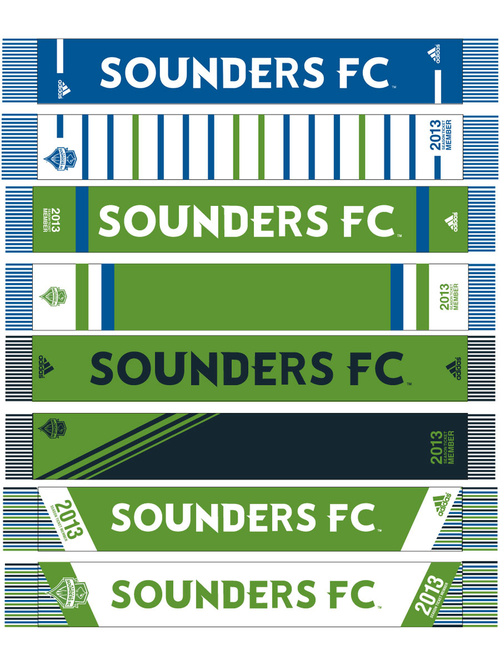 Voting instructions should be coming via e-mail through the day. I've made my choice, but in order to preserve the integrity of the secret ballot, I won't tell you that I voted for the green and white.

Even if you're not a STH, you can vote for your preference in this here poll