Social media are atwitter with the possibility that this gallery of apparently leaked 2013 MLS kits is legitimate. It includes images for New York, Seattle, and Portland.

MLS is trying to coordinate a single 2013 kit unveiling just before the season starts, but given the realities of a merchandising supply chain and information that wants to be free, that was always unlikely. Timbers fans got a sneak peek last week and now it looks like Sounders fans are getting theirs.

The Seattle entry is notable for a) not having the visible TechFit straps that were, to put it mildly, controversial and b) being primarily shale, which is an official color but one that hasn't shown up much in league play.

What do you think? If this is the real deal is it something you'd be willing to spill your beer on? 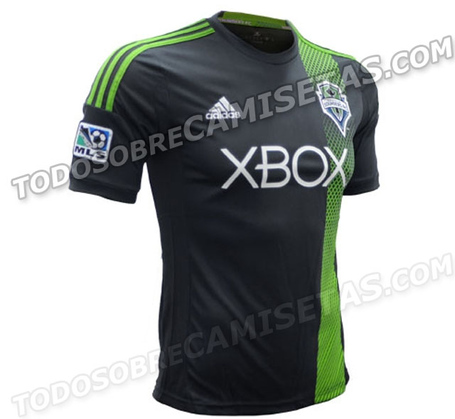