Who would win if the MLS Cup Playoff teams were Disney characters?

The MLS Cup Playoffs have started. There can be only one. Who wants to live forever?

Share All sharing options for: Who would win if the MLS Cup Playoff teams were Disney characters?

The MLS Regular Season is over. Starting Wednesday the MLS Cup Playoffs will begin. Are we having fun yet? I'm sure there are plenty of pundits out there making their predictions, filling out their brackets, arguing the merits of LA Galaxy and Sporting KC, lambasting upstart teams like New England Revolution and Colorado Rapids. We won't be doing that here. Well, we will, but with a twist.

The analysis contained herein was meticulously performed; no stone unturned, no WAG uninterviewed. Ultimately this lead me to one question, and it was through analyzing this question that I was able to determine the ultimate victor of the MLS Cup Playoffs.

With that question posed, I was able to easily pull myself away from statistics, formations, injury reports, and matchups and really parse it down into a One vs One. Two Disney characters enter, one Disney character leaves. 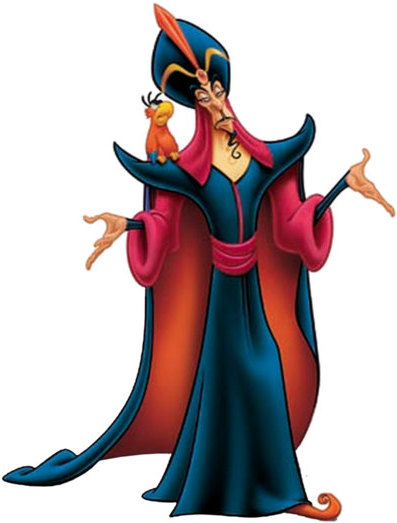 Jafar is driven by one thing: the lust for power. And flashy things. Two things. Jafar is driven by two things. And he’ll do anything, literally anything, to get it. Marry a nubile princess by hypnotizing her trusting father? No problem, boss. Hoodwink and kill a poor, charismatic down-on-his-luck street kid? That’s like every Tuesday. So much pride weighs him down. He begins to believe his hype. And then ultimately he’s defeated. 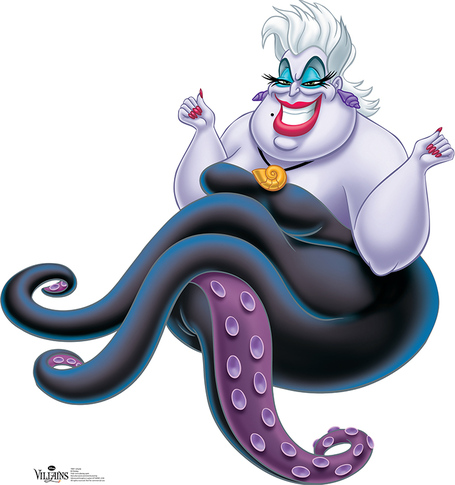 Take one look at Ursula and you know you’re dealing with someone who’s got ulterior motives. Sure, at first she might seem all well and good, like everything is tiptop, goody gumdrops, but that’s when she steals your magical trident and turns you into some deformed mollusk, doomed to languish under her heels for eternity. Do you grow pearls in your new shell? No, you don’t, you get nothing. Don’t believe the flashy smile, the honeyed words, behind her mask is a venomous snake, with a soul so black. 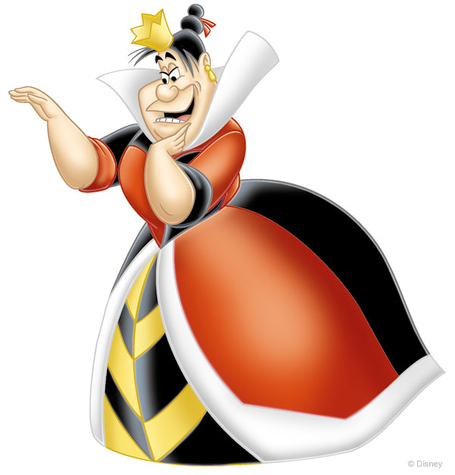 Okay, now this bitch is cray. One minute it’s one thing, the next it’s another. You get pulled in by the good and burned by the bad. Are you good? Are you evil? Don’t trust the Queen of Hearts, lest you lose your mind (which you’d "lose" because she cut off your head, which contains your brain, which is where conscious thought occurs). Don’t take her for granted though, as she is dangerous. Very dangerous.

Don’t let the posh name fool you, my friends, Judge Claude Frollo is dangerous. What makes him so dangerous? Belief; a belief that his way is the right way, and he will use his power to get his way, no matter what, no matter who he has to utterly destroy to reach his ultimate goal. Now, that doesn’t sound particularly heinous, but what if his way is the wrong way? What if his way is so despicable, so monstrous, will that stop Judge Claude Frollo? No. He doesn’t care. Win at all costs. 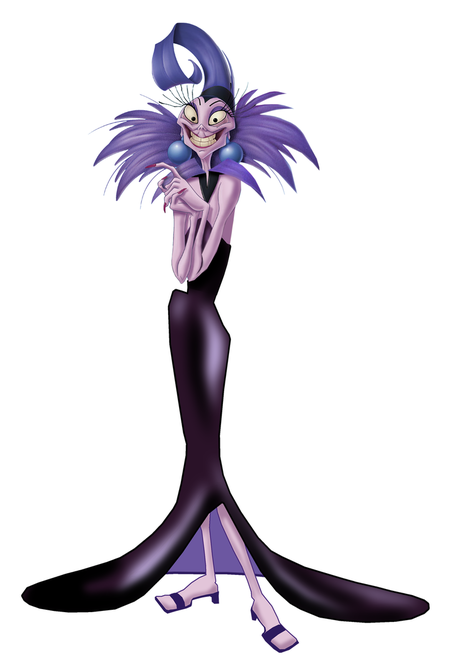 Look at Yzma. She’s so old! How is she still standing? What’s holding her together? It’s just like skin and bones, maybe a few tendons here and there, those that haven’t been disintegrated into dust, ravaged into oblivion over time. Sure, she’s got some craftiness left in her, but she has to ride on the back of one or two young men. What happens if those young men aren’t there anymore? What has she got left? Magic? Bone dust? 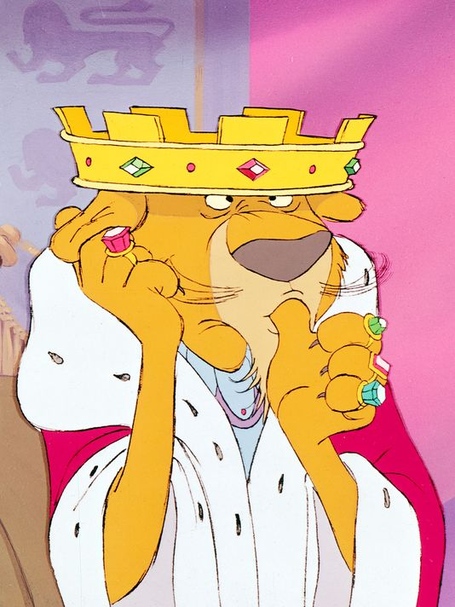 Prince John is a placeholder and is overshadowed by his much more important, much more powerful older brother. His short temper and lust for power drives him in an ultimately superfluous effort to show how important he thinks he is to the world. He tries much too hard and appears at times to be very childish and immature, making him a somewhat sympathetic villain. 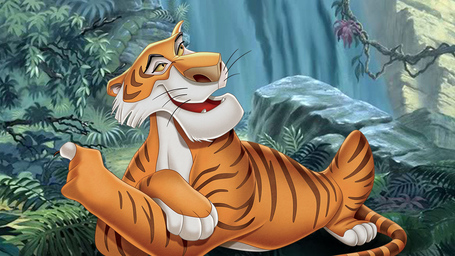 Shere Khan is very powerful, very dangerous villain, and he knows it. This awareness of strength and superiority leads to a sense of arrogance, a sense of entitlement, but he couples this pride with a smattering sympathy, of gentlemanship and sophistication. He’s not an altogether horrendous creature, just prone to bouts of cruelty and egotism. 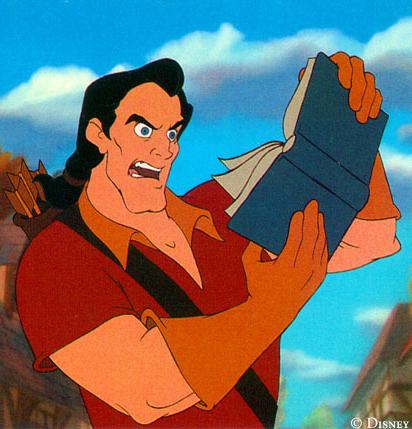 Gaston is fully aware of his awesomeness. Narcissistic? Not Gaston, because that’s a flaw and he doesn’t have any. What was that? You don’t agree? Well, that’s because you’re stupid and wrong. Gaston will have his way. Or else he’ll make your life miserable by throwing your loved ones in jail, if he’s not busy stabbing them.

Born from the bosom of the gods, Hercules is pretty incredible. Sure, he’s had a rough go of it, but that’s because people fear him; they fear his power, his strength, his potential. What happens if Hercules truly begins to understand what he’s capable of doing when he puts it all together? He’s unstoppable. He becomes a hero. You can’t help but love him. And anyway, how does one man even become that handsome? It’s unfair, really, just how amazing Hercules truly is. 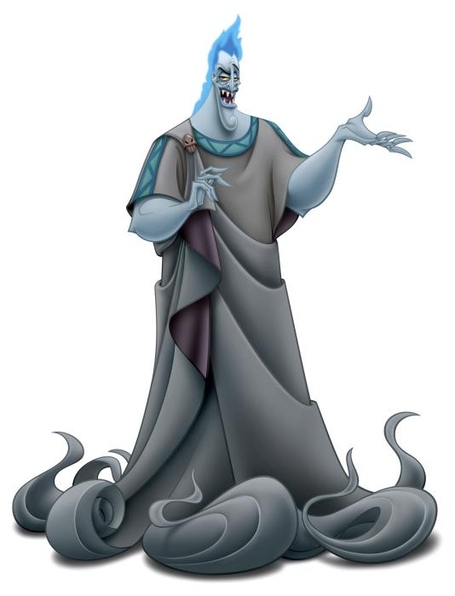 Hades gets a bad rap. He’s not a bad guy, pretty charismatic, but he’s fighting a losing battle. You don’t really know if you like him or not, but you’re leaning toward not because of that whole dead people thing. That’s kind of a black mark. The mood swings take a bit to get used to though. Make up your mind, Hades. 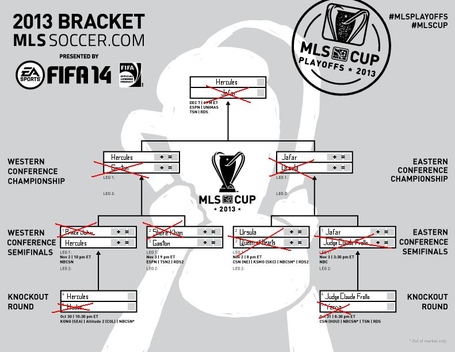 This is an Olympian event. Son of Zeus versus brother of Zeus. They made a movie about this matchup. Hercules won. Hercules!

Shere Khan free admits that he's afraid of two things: humans and guns. Gaston has got both. Gaston!

Seriously? This isn't even a contest. Hercules will dispatch of that thumb-sucker so fast, the whole event will seem like a dream. Hercules!

Ursula vs Queen of Hearts

The inherent randomness of the Queen of Hearts will give Ursula some fits, but the sea-witch is crafty even to see this one out. Ursula!

God versus Man. God wins every time. Sorry Gaston. Go jump off a building. Or get thrown. Either way, we just want you to disappear forever. Hercules!

Sure, Ursula's got spells and stuff, and Jafar becomes a pretty powerful genie. Ursula's smart enough to know how to entrap Jafar, but the wizard can just conjure up a ship with a pointy masthead to end the contest with blood and fish-guts. Jafar!

What happens if you destroy a genie's lamp? Some people say it'd kill the genie outright. Some say it'd release the genie from its bonds and the genie would go on a rampage. Hercules could destroy it. Or he could hurl the lamp-and-genie out into space where it'd continue to drift in the vast emptiness for all of time. I watched Gravity, I'm kind of an expert on space now. Hercules!