Shalrie Joseph: The Sounders' gamble that didn't pay off

Despite his best efforts, Joseph was simply never able to do what the Sounders had wanted of him.

Share All sharing options for: Shalrie Joseph: The Sounders' gamble that didn't pay off

A lot went wrong. A lot. The Seattle Sounders' 3-2 loss to the Portland Timbers on Thursday was a pretty good microcosm of the season as a whole, in fact. Their attack got off to a slow start, the bounces went the other way and eventually the defense buckled under the pressure (although "eventually" in this case came relatively early).

For reasons we'll get into later, this match also seemed to fairly encapsulate Shalrie Joseph's season. The MLS veteran, who had only made one appearance in about 10 weeks, was suddenly asked to start in one of the biggest games in franchise history. Even more, he was asked to start at forward, a position he has only even played periodically during a decorated 12-year MLS career. 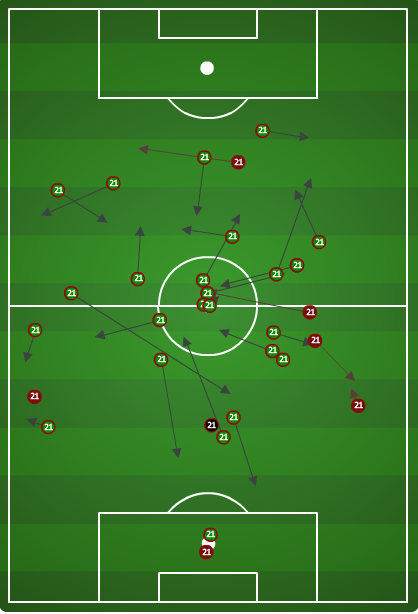 Joseph's summary of actions, which sure don't look like a forward's.

The results weren't entirely surprising. Joseph constantly dropped into the midfield and occupying the spaces intended for Clint Dempsey. Instead of using his big body to relieve pressure on Eddie Johnson or Dempsey, Joseph ended up mostly in the way. Joseph did end up with a single touch inside 18 yards and only had a handful inside the attacking third. Repeatedly, he dropped deeper into the midfield than Dempsey.

Sure, he completed 22 of his 26 passes, but they were virtually all of the "keeping possession" variety. In short, he played a lot like the defensive-minded midfielder he's been virtually his entire career.

Of course, that's not entirely his fault. Joseph found himself in a relatively unfamiliar position and saw the Sounders being overwhelmed. He did what a veteran does: Try to help. It just so happened that the kind of help he was capable of providing was not what the Sounders really needed.

And that's really the tale of Joseph's season.

The idea behind bringing in Joseph was sound enough. Here was a veteran, who had been through the battles, played some very important games and had quite a bit of success. It wasn't that hard to see him slotting in as a more advanced central midfielder and spraying passes to forwards and wings, giving the Sounders the kind of playmaker they'd never really had. It sounded really good on paper, just like the idea of putting a big-bodied veteran at forward may have sounded on Thursday.

Joseph's season didn't quite work out that way. He came into camp out of shape and injured. Those issues dogged him throughout the season, and he never was able to appear in more than three consecutive games. There were at least two instances when head coach Sigi Schmid seemed to indicate that Joseph's season might be over.

To his credit, all outward indications are that Joseph did absolutely everything he could to be a good teammate and a positive influence. Players all seem to love him, he kept working in an attempt to get back on the field and he even restructured his contract in order to remove his Designated Player tag and allow the Sounders to sign Dempsey. So, I don't hold Joseph responsible for anything other than not being the player the Sounders so desperately wanted him to be.

The decision to trade for Joseph at the start of the year or start him at forward in the last game was not his, after all. Both were essentially acts born from a certain level of desperation. Joseph was an imperfect fit to fill the role the Sounders had envisioned for him this season and he was an even less ideal fit for the role he was expected to fill against the Timbers. That the Sounders found themselves in the position to be relying upon him in these ways is perhaps the biggest problem they must figure out how to fix in the offseason.