The official unveiling is Wednesday night, but shirts available on ebay suggest the previous leaks were accurate.

EDITOR'S NOTE: While these are pretty close to accurate, there's plenty of reason to doubt that these are the exact shirts the Sounders will actually be wearing.

A couple weeks ago, the biggest offseason news seemed like it might be the unveiling of the Seattle Sounders' new kits. That's obviously no longer the case, but tonight's event is moving forward with just as much pomp as previously promised. Taking just a little more luster off it, a reader pointed out that the primary and secondary shirts are already being sold on ebay.

This is just the latest piece of evidence that the images that were previously leaked were legit. There's a vertical stripe behind the crest on the secondary shirt and the primary shirt has an image of the space needle embossed into the right side. The back of the primary shirt will be green, contrary to speculation that it might be blue. 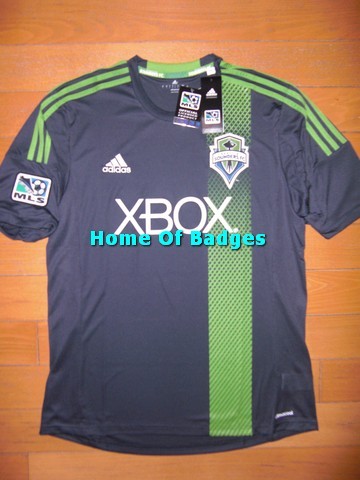 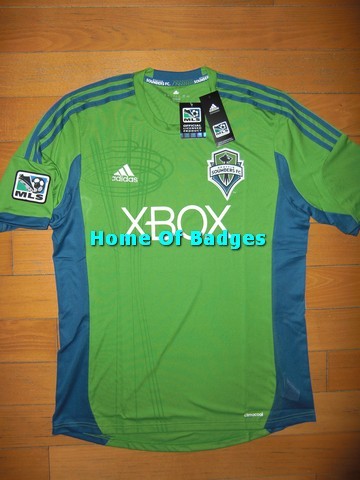 You can see a little more detail on the secondary shirt in the teasers over at MLSgear.com. 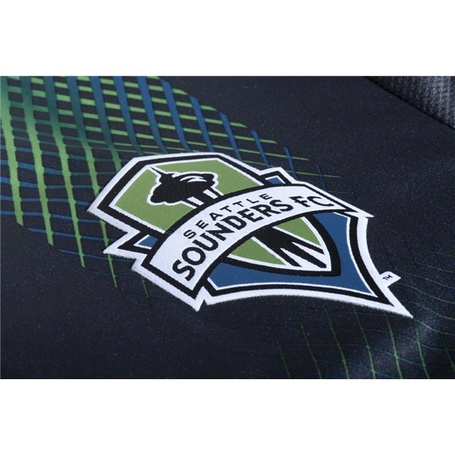 While this may take a little anticipation away from the event, it will still be cool to see what they look like filled out by actual people.