Can Mario Martinez shine for Sounders like he did vs. US?

Mario Martinez is given a lot more freedom with Honduras than he's likely to get with the Sounders, which makes the conversion a little harder to assess.

One of the breakout performances in Honduras' 2-1 victory over the United States in Wednesday's World Cup qualifier was undoubtedly Mario Martinez. Although the midfielder did not directly figure in either of Los Catrachos' goals, he was a constant force in the attacking third while keeping Tim Howard honest with crosses and some dangerous long-range shots.

Martinez's performance also stood in stark contrast to the USMNT's attacking players. The 23-year-old had a game-high 120 actions and completed 67 of 78 passes. In the offensive third, he effectively kept possession around the outside of the penalty area and competed 26 of 34 passes. By comparison, Jozy Altidore, Clint Dempsey, Eddie Johnson, Michael Bradley and Jermaine Jones combined for just 29 of 42 passing in the offensive third.

Here's a look at Martinez's offensive performance (via MLSsoccer.com) 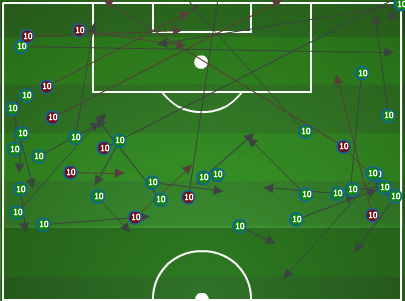 As good as that may look, there are legitimate questions as to how well this kind of performance can translate to MLS. While suiting up for the national team, Martinez is clearly given a lot of freedom. That's even more obvious when looking at his heat map: 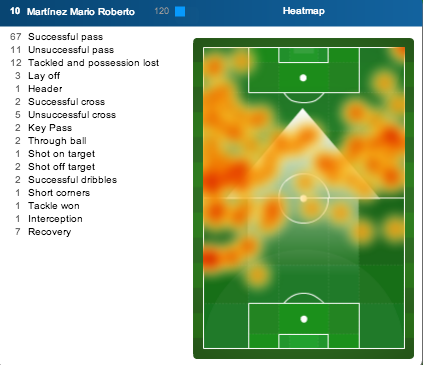 While there's a slight tendency for him to show up on the left side of the field, this is not how you'd expect the heat map for a midfielder on Sigi Schmid's team to look. For example, take a look at Martinez's heat map from his start at Real Salt Lake in last year's playoffs: 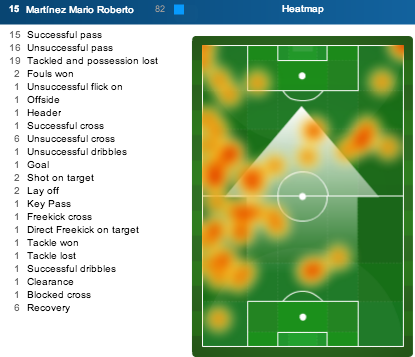 Might Sigi be more inclined to give Martinez more freedom now that Fredy Montero is gone? That's certainly possible. Montero and Mauro Rosales always did a fair amount of switching when they were playing together and it's entirely realistic that Martinez might be given the same kind of freedom.

To effectively pull that off, though, Martinez is going to have spend a lot more time getting to know his teammates and training time with the Sounders has so far been in short supply.